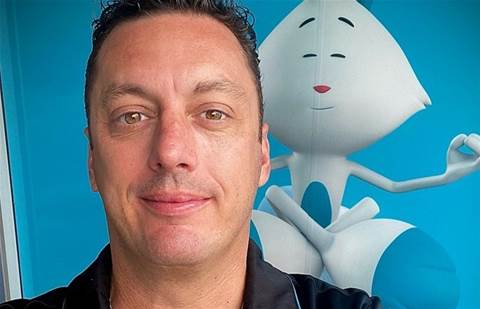 As CIO, McMahon is tasked to develop and implement UPTI’s IT strategy, working alongside Jansz, the company’s group chief executive.

“It is with great pride and excitement that I announce Chris McMahon as our group CIO and indeed a future CEO under my guidance,” Jansz announced on LinkedIn.

“His appointment is significant to our Group and he has made an instant impact across our business in every way.”

Jansz added he had worked with McMahon in the past on a national project.

“I delivered a large-scale, successful national project with [McMahon] almost 20 years ago. My first impression of Chris remains today, with his clear ability to connect people to technology, whilst driving a sense of disruption that this industry needs, is hugely impressive,” Jansz said.

Speaking on his appointment, McMahon told CRN, "Our DNA here is about the customer and disrupting an industry which must evolve with the changing world as we know it. Our platforms are world class with clever design and innovations to follow which address the gaps our industry has created over time. We remain focused on being easy to use and easy to choose."

"The culture Darren has created here is a credit to him and our team. When you make a difference here or need support, the culture here empowers us all to access what we need as technologists and people."

Before UPTI, McMahon briefly worked at Australian real estate software company Tenapp as its national general manager in 2021. He was also group CIO at staffing and recruiting services provider Sarina Russo Group from 2016 to 2020.

McMahon also worked at Telstra as its Queensland general manager for enterprise from 2014 to 2016, and Queensland state manager at now-Vocus owned Nextgen Networks from 2012 to 2014. Prior to that, he worked at AAPT (now owned by TPG Telecom) from 1998 to 2012, working up to head of strategic development.

Jansz said UPTI has been “off to a flying start” in 2022, connecting multiple new customer sites across key verticals with McMahon leading the teams.

“Dedication to customers drives our success, and with Chris in this role is a perfect extension of our DNA,” he said.

“His truly diverse technology and deep business skills will bring to life our exciting, world class platform offerings, as our local Brisbane based company drives the disruption this industry needs.

Grow your software revenue by selling these 5 affordable, essential tools for the modern workplace
By Nico Arboleda
Feb 2 2022
6:57AM