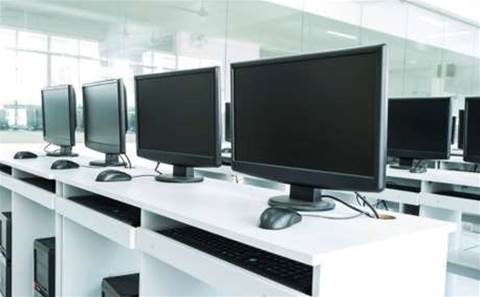 Businesses still have time to migrate from Windows XP before Microsoft pulls support, according to a UK IT firm that upgraded 30,000 PCs in a month.

Automatic updates for Windows XP will end on 8 April, meaning millions of PCs still running the OS have little more than a month to upgrade. According to NetMarketShare, around one in three PCs still run Windows XP, suggesting many businesses have yet to make the switch to Windows 7 or 8.

But it isn't too late, according to migration specialist 1E, which helped US carrier Verizon upgrade 80,000 machines to Windows 7 in four months, eventually hitting a pace of 30,000 per month.

"It took us a couple of months to get it all set up - but during that time, because of all [our] learnings, we were already migrating their machines," said CEO Sumir Karayi. "We ramped up to this speed of about 30,000 a month and right at the end, they were doing even more than that."

That was in 2012, but Karayi said 1E was still working on dozens of migrations ahead of the deadline, and had already upgraded "several million" PCs.

Speaking to PC Pro, Karayi said businesses could make the switch quickly and relatively cheaply by using software that automates the migration process - cutting the need for tech support on each PC.

"How do you automate 100% of the [migration] tasks? That's the really big one," said Karayi. "What happens is people automate 80% or 90% - but still have to send a person down to every desk. And as soon as you’ve done that, you’ve lost the battle."

"They had budget for doing all of it manually," he said. "They saved US$10 million just in...having people go round each machine."

One reason companies might be paying above the odds to migrate is because Microsoft hasn't done much to help, according to Karayi.

"IT is not a profession where learnings are captured and shared - Microsoft are not really helping [either] since they make money either way," he said. "If you don't automate, they send in some consultants, if you do automate, you buy the upgrade anyway."

"They are agnostic about a problem that is a challenge for all their customers," he added.

Karayi's comments come as Microsoft announced a free tool to help Windows XP users transfer data and files to a new PC. The tool isn't suitable for businesses though, which will have to fork out for a separate feature to transfer apps.

Microsoft has also said it will start notifying customers of the April deadline from 8 March via a pop-up, giving users a month to upgrade.