Broadcom closes Brocade acquisition after a year of delays 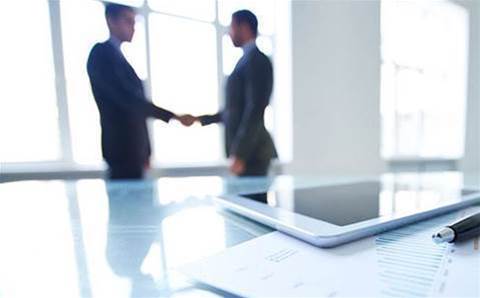 It's been more than a year since Broadcom revealed its plan to acquire Brocade Communications, and the semiconductor vendor finally completed the US$5.9 billion acquisition Friday.

"We are pleased to complete this transaction, which strengthens Broadcom's position as a leading provider of enterprise storage and networking solutions and enables us to better serve our OEM customers," said Hock Tan, president and CEO of Broadcom, in a statement.

"We intend to invest in and grow the Brocade business to further enhance its capabilities in mission-critical storage networking."

Brocade will operate as an indirect subsidiary of Broadcom led by Jack Rondoni as general manager. Rondoni was previously Brocade's senior vice president of storage networking.

In a statement, Rondoni said, "Broadcom provides us with the scale, resources and complementary capabilities to accelerate growth, execute on our strategic initiatives, and extend our market leadership in storage area networking."

Broadcom's acquisition of Brocade, which was first unveiled in November 2016, was set to be completed on or before 1 August. However, the Committee on Foreign Investment in the United States (CFIUS) halted the process in July to further review the deal. The acquisition was then expected to close by the end of October.

Then on 2 October, following discussions with CFIUS, Brocade and Broadcom withdrew and refiled their notice to CFIUS to allow even more time for review and discussion.

In a statement on Friday, Arris said it expects to complete the acquisition "promptly" following the CFIUS review, which ends 30 November.

"We look forward to soon welcoming the Ruckus team into the Arris family. Ruckus’ exceptional expertise and portfolio will provide us immediate diversification into the enterprise market and build on Arris' leadership position in networking and entertainment technology," the company said.

Broadcom stock was down 1 percent Friday morning to US$270.02 per share. Brocade's stock will now cease to trade on the Nasdaq.