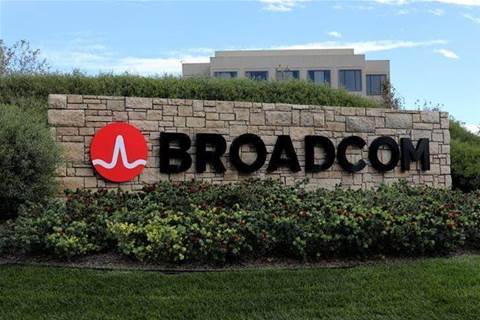 Chipmaker Broadcom's surprise bid to buy software company CA Inc for US$18.9 billion wiped off the same amount from its market value on Thursday, with investors and analysts struggling to find a clear reason for the deal.

Citing an acquisition with no potential synergies, investors drove the company's shares down 19 percent to US$197.50 - their worst day ever. CA rose 18.5 percent to US$44.10.

Broadcom, which has mushroomed in value by buying out rivals in the past decade's surge in mobile phone production, agreed on Wednesday to buy mainframe software company CA for US$44.50 per share in cash, months after US President Donald Trump blocked its US$117 billion mega-merger with Qualcomm.

While some analysts said the shift in sectoral focus might prove another masterstroke by Broadcom chief executive Hock Tan, many raised concerns about a deal that lowers Broadcom's top line growth to 3 percent from 5 percent.

"It's the most bizarre, defocused, non-strategic acquisition of the last decade," said Eric Schiffer, chief executive of the Patriarch Organization, a Los Angeles-based private-equity firm.

At least two analysts downgraded the stock, while two other analysts cut their price targets. Brokerage B Riley was the most bearish with a price target cut of US$63 to US$245.

"What the Hock?" analysts from brokerage Evercore wrote in a note. "We think investors will likely be disappointed at this deal, which seems more financial engineering/PE driven than due to any strategic rationale."

Broadcom's famously ambitious chief executive has built the company from a fledgling chipmaker to a global powerhouse through a series of big deals, and is widely respected by Wall Street for his business acumen.

Susquehanna analyst Christopher Rolland said the foray into the software industry may have been driven by a lack of viable options in the semiconductor industry and increased regulatory scrutiny.

CA's main business is selling software for big, mainframe computers, in which it is second only to IBM.

But while that business generates cash flow of US$10 billion a year, its revenue growth has been flat as more customers choose cloud services over old-fashioned hardware.

"While CA is a departure from Broadcom's core semiconductor business, it is consistent with its track record of acquiring out-of-favor, market leaders with high cost structures," Jefferies analysts said.

"Importantly, AVGO has consistently demonstrated its ability to drive costs down and margins of its acquisitions up, often measured in thousands of basis points," they said.

Some analysts speculated that Broadcom's ability to rein in costs would help it use CA as a platform to build a business in the software sector that simply offsets the risks of the highly-competitive semiconductor business.

"Management is showing its ambition to move beyond silicon to be that of an Infrastructure Technology company," Morgan Stanley analysts said.

After the deal, the combined company would have roughly 71 percent revenue from semiconductors and 28 percent from software.

"We think many investors may not like it - at least initially - but this does open the door for a new angle to the story and further improves AVGO's capital return potential (we model $10/shr dividend in F19) in the meantime," UBS analyst Timothy Arcuri said.