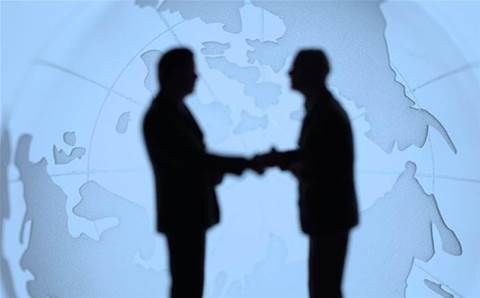 Chip maker Broadcom said that it will acquire software vendor CA Technologies in an all-cash deal that's valued at US$18.9 billion (A$25 billion), confirming earlier reports that the acquisition announcement was imminent.

Broadcom will pay US$44.50 per share for CA Technologies as part of the deal, which has been approved by the boards of directors of both companies. The agreement represents a premium of approximately 20 percent to the closing price of CA common stock on 11 July, the companies said in a release. The acquisition - which still needs the approval of CA shareholders and regulators in the US, EU and Japan - is expected to close by the end of this year.

Hock Tan, the president and CEO of Broadcom, said that the combination of CA and Broadcom would create "one of the world's leading infrastructure technology companies."

Broadcom said it intends to fund the deal with cash on hand and US$18 billion in new debt financing.

The CA deal comes just four months after Broadcom's bid to buy Qualcomm for a whopping US$121 billion was shut down by US president Donald Trump who citing national security concerns. Trump said there is "credible evidence" that Broadcom's proposed move to exercise control of Qualcomm "might take action that threatens to impair the national security of the United States."

In November, Broadcom completed its acquisition of Brocade Communications for US$5.9 billion to boost Broadcom's position in enterprise storage and networking.

Mark Haranas contributed to this report.

Eliminating departmental friction within MSPs
By Mark Haranas
Jul 12 2018
9:27AM