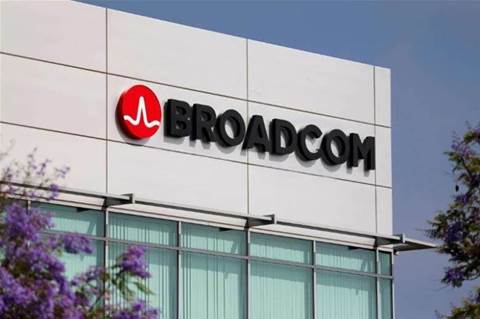 Broadcom Software Group—which is poised to be rebranded as VMware—slashed its research and development budget last year under President Tom Krause to better serve the priorities of its top accounts and to be less “levered across a broad set of customers.”

“These businesses we bought were running about 17 percent (of revenue),” said Krause during Broadcom Software Group’s inaugural investor day on 9 November 2021 in regards to the company purchase of CA Technologies and Symantec’s Enterprise Security business. “We are running at 14 percent. The discrepancy there is just around the focused approach. Our priority is just around these 600 strategic accounts. That allows us to focus our R&D resources in terms of their priorities, so we are not as levered across a broad set of customers.”

Broadcom Software was founded as a unit inside Broadcom in 2021 and placed under Krause’s leadership. It is made of the combined assets of CA and Symantec’s enterprise security business.

Krause’s move to cut R&D in order to favor large accounts plays into partner fears that Broadcom will eliminate support and ignore all but VMware’s top customers if the proposed US$61 billion merger between Broadcom and VMware comes to pass.

Broadcom shook up the software world last month when it announced its intent to acquire VMware for $61 billion. If completed, Broadcom’s Software Group will rebrand and operate as VMware, which will incorporate Broadcom’s existing infrastructure and security software solutions.

Broadcom ‘cut off all but top 2,000’ Symantec customers

VMware would not be the first large purchase Broadcom has made in recent years. In late 2019, Broadcom acquired Symantec’s Enterprise Security business for $10.7 billion.

Richard Steinnon, chief research analyst at IT Harvest, and author of the book “Security Yearbook 2022: A History and Directory of the IT Security Industry” researched Symantec before it was bought by Broadcom.

“They actually cut off all but the top 2,000 customers for Symantec. They said, ‘Sorry. We are not doing business with you anymore because it is too expensive to support you,’” Steinnon told CRN US. “I heard that the first time at RSA 2020, so February 2020. Partners were coming up to me saying, ‘We need replacement for Symantec.’ Resellers, in particular were cut off, and they needed a replacement.”

Steinnon, who is a former vice president of research at IT research firm Gartner, used those conversations for a Forbes piece he wrote “The Demise of Symantec” in 2020.

While VMware and Broadcom did not respond to requests for comment for this story, Krause published a blog post Wednesday morning saying the company invests significantly in R&D and it wants to keep VMware‘s engineering and support.

“We recognize that customers value VMware because of its strong history of innovation and technology leadership ... and this will remain a top priority after the deal closes with VMware as part of Broadcom,” he wrote. “A key pillar of the combined company’s innovation roadmap will be to retain and support VMware’s engineering and R&D talent, and we are committed to this effort as we progress toward closing the transaction and thereafter.”

A recent sentiment poll carried out by market research firm 451 Group who surveyed hundreds of VMware customers found that most existing customers of both companies were not happy about the deal.

Approximately 56 percent of respondents who identified themselves as existing customers of both Broadcom and VMware reported a “negative” impression regarding the deal, with 27 percent citing “very negative” impressions, according to 451 Group.

“The most frequently expressed sentiment that emerges from the survey, addressed to the acquirer, is ‘don’t break VMware,’” said 451 Group in its survey results. “The reactions to the deal captured by our survey were primarily neutral or negative impressions and were strongest among organizations that identify themselves as existing customers of both Broadcom and VMware. This could be due to negative experience of past Broadcom software acquisitions (such as CA and Symantec), fueling fears concerning the handling of VMware tools that are considered important to their businesses.”

Gartner said it does expect Broadcom to spend less on software R&D going forward based on the company’s presentation in November, how the company has spent in the past, and in order to meet profitability targets, according to analyst Andrew Lerner.

“We anticipate Broadcom to adjust R&D to focus on private cloud technologies — most notably, NSX, vSAN and vSphere,” Lerner wrote. “Note that Broadcom spends significantly less on software R&D as a percent of revenue, compared to VMware.”

Robert Keblusek, chief technology officer for US-based Sentinel Technologies, who is a longtime VMware partner, said he would like to be optimistic about the potential merger, “but the messaging to the market is concerning.”

“We have concerns. Our customers have concerns, and the messaging thus far has not helped alleviate those concerns,” said Keblusek, adding that VMware has always provided “great” products.

“[VMware] is a huge part of our portfolio. We plan to maintain that and keep it a part of our portfolio and continue to support our mutual customers. At the same time, we think it probably needs it to be treated in a different way than we’ve seen some of the past acquisitions,” Keblusek said. “Our customers are aware. They’re a bit concerned about their longer-term future with VMware in their data centre.”

Broadcom Software Group generated $5.17 billion in revenue last year and invested 14 percent of that back into R&D, totaling about $728 million, according to Krause (pictured above).

VMware, by comparison, invested about 24 percent of the $12 billion it made in revenue last year back into R&D, or about $3 billion.

Broadcom, the chipmaker, spent $4.8 billion on R&D last year over revenues of $27.45 billion. The cost amounted to 21 percent of the company’s sales, according to its annual report.

“In terms of R&D, we’re going to reinvest back in the core business, the core franchises,” said Krause during a call with media and analyst in May. “If you think about the three different pillars of this business, it’s really the core infrastructure business—vSAN, vSphere, vRealize—these are the businesses that are core to driving the bulk of the revenues. And that’s where the reinvestment is going to occur.”

Is Broadcom ready to ‘embrace the channel’?

Krause acknowledged the company’s past actions with CA and Symantec and said Broadcom had learned from those acquisitions. It was ready to “embrace the channel” and invest in innovation, he said.

“One thing we’ve learned is there’s an opportunity to embrace the channel, the two-tier distribution model, distribution partners and key value-added resellers,” Krause said on May 26. “Beyond that, when you think about the R&D side of the equation … When you think about what supports the development of software, there’s a lot of what we refer to sometimes in the semiconductor side as central engineering. So in software business operations, this is the continuous delivery, continuous testing capability, the ability to continuously develop applications on a consistent basis—that’s expensive. It requires having your own private data centers or working with cloud providers, and having the scale to be able to drive that kind of R&D investment over a much larger portfolio is also going to drive significant benefits.”

In those same comments to investors, Krause compared the potential deal with VMware to the merger of Avago and Broadcom in 2015.

Following that deal, the company stated in its annual report that it had impaired $417 million in research and development projects.

“When I think about this deal, it reminds me of when as Avago, we acquired classic Broadcom,” Krause said in May. “This really transformed the time and modernized our semiconductor business. And ultimately, this is why we renamed ourselves Broadcom.”

“Given that it was stated on a public investor call, we should take it at face value. But context is everything,” Lerner told CRN via email. “Does he mean embrace it in comparison to Symantec/CA, or something different. Time will tell. The facts that a) VMware’s channel and customer base is so much wider than Broadcom’s; and b) they’re rebranding BSG as VMware indicates they recognize this is different and they need to behave differently.”