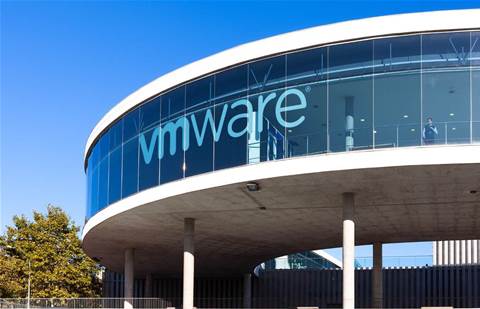 The 40-day window that gave other potential suitors a chance to bid on VMware — and spoil Broadcom’s 2023 plans — has closed without any other offer emerging.

VMware’s board, as well as largest shareholder and board chair, Michael Dell, had signed off on the proposed merger, barring a better offer, which did not come during the “go-shop” period.

Broadcom’s $61 billion deal must still clear regulatory hurdles in the US and the European Union.

In Brussels, antitrust authorities have opted to undertake a more serious “phase two” investigation after trade groups were concerned about possible anti-competitive practices should Broadcom and VMware come together, according to a report in the Financial Times. That same type of probe is speculated to have sunk the deal between NVidia and ARM, by adding significant length to the timeline.

Broadcom has committed to closing the deal within fiscal year 2023, which gives the company 15-months, or until 29 October 2023 to meet the goal.

In the meantime, the company has to win over the hearts and minds of the VMware ecosystem.

Many solution providers have said they have a difficult time viewing Broadcom as a business partner, when it has made clear through its own statements, that so far, it owes its success in the software business to only focusing on the top customers.

Broadcom Software’s President Tom Krause called longtail Symantec customers “outside of the strategic focus” at a 9 November 2021 investor day. At that event Broadcom Software’s Rob Greer, the general manager of the Symantec Enterprise business, explained the rationale behind ridding the company of its smaller customers.

“Let me give you a little context of what we were like at Symantec, when we served everything in the market, from a small consumer to a small business, medium-sized, to the largest of enterprises,”

Greer said. “Back then, when we looked at our investments it was like peanut butter. It was really hard to make big bets in one of these areas without impacting one of the other segments. As Tom mentioned, we have had the opportunity as part of Broadcom, and now Broadcom Software, to laser focus and put investment around key use cases, our largest organizations, both public and private, need us to focus on.”

However six months later, Krause said Broadcom Software Group has learned from the CA and Symantec deals to “embrace the channel.”