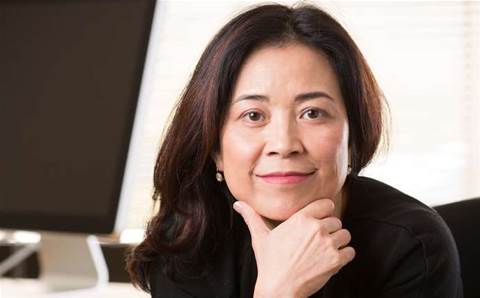 Brocade Communications is beefing up its networking portfolio with an estimated US$1.2 billion (AU$1.58 billion) purchase of wireless vendor Ruckus Wireless, which creates a much more formidable foe against networking leader Cisco Systems.

Brocade CEO Lloyd Carney said in a blog post that the combined companies will create the No. 1 vendor in storage-area networking and service provider wi-fi; the No. 2 player in data centre networking; and the No. 3 vendor for enterprise wireless LAN and enterprise edge networking in the US and EMEA (Europe, the Middle East and Africa).

In early trading Monday US time on the New York Stock Exchange, Brocade's stock fell more than 15 percent to US$9, while Ruckus shares jumped 30 percent to around US$13.

Cisco did not respond for comment by the time this story was posted.

Brocade says the acquisition is an important step toward its vision of creating a new type of networking company needed in the era of digital transformation.

"The combination of Brocade and Ruckus will create a pure-play networking company that has market-leading solutions spanning from the most critical part of the data centre to the wireless network edge," Carney said on his blog.

In an interview with CRN USA in June, Ruckus CEO Selina Lo said its enterprise business represents about two-thirds of its total revenues, which is nearly 100 percent channel.

Lo also said at the time she planned to keep Ruckus a standalone company: "Ruckus has been profitable for the last four years and we will continue to stand alone."

Under the agreement, Ruckus stockholders will receive US$6.45 in cash and 0.75 shares of Brocade for each share of Ruckus. The transaction price may fluctuate until the close, according to the companies.

Brocade expects the acquisition to close the third quarter of Brocade's current fiscal year. The Ruckus organisation inside Brocade will be led by Lo, who will report directly to Carney.