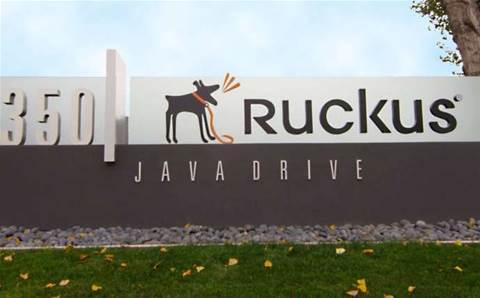 "They are already in discussions and there are a lot of interested parties," said a source close to the company, who did not want to be identified.

"They just went through the process of shopping Ruckus, so they know who is interested. It's pretty easy to start having those conversations. This is not a fire sale. It is not a distressed business. It is a profitable business with a great portfolio and very strong market position."

The negotiations are taking place after Broadcom said it was acquiring  Brocade Communications Systems in a US$5.9 billion blockbuster deal. Broadcom immediately announced that it would divest Brocade's networking business including Ruckus Wireless. That Ruckus Wireless business was acquired for US$1.2 billion by Brocade just seven months ago.

The aim, sources said, is to announce a good home for Brocade before the acquisition is completed in second half of Broadcom's fiscal 2017 which runs from 1 May 2017 to 31 October 2017.

"The Brocade Ruckus team is moving as fast as possible to get past the period of uncertainty," said one source close to the company. "There is a maniacal focus on this. They could even become a private company again which would provide more room for growth. They want to restore a sense of calm and confidence."

Broadcom and Brocade could not be reached for immediate comment.

But in a Brocade email of frequently asked questions (FAQ) on the deal when asked what is the impact on Brocade's IP (networking) specific partners, the company said: "For the IP Networking business, these questions will be better answered once a buyer is identified. It is Brocade’s intention to assist Broadcom in finding a buyer that will continue the momentum that Brocade has built with customers and partners."

Ironically, Ruckus Wireless, which has been a perennial market share leader in hospitality and service providers, was just recently integrated into Brocade, sources said.  "It is really easy for Ruckus to get the band back together, they were operating as a standalone company for a long time, all of the structure is still there to go do that," said a source.

One source close to Brocade and Ruckus said the company was in the midst of a plan to double down on the channel with increased channel headcount and market development funds. "That is still in place," said the executive.

Sources said Brocade and Ruckus executives are reaching out to partners to have faith in the leadership team negotiating the sale of the networking business. "They are saying to channel partners have faith that we are going make a soft landing here," said one source close to Brocade. "They are asking the channel to have their back just like they have had our back in the past. "

The message from the executive team is that they are working "tirelessly night and day to find a great home" for the business, said a source close to the company.

Cloud application revenue made easy
By Steven Burke And Jimmy Sheridan
Nov 4 2016
6:35AM