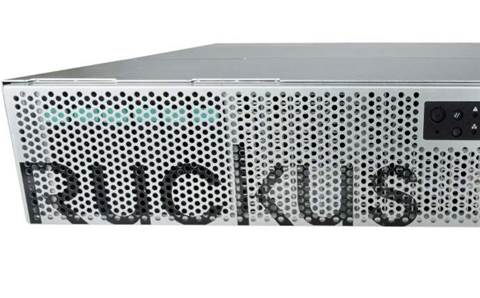 Network gear maker Brocade Communications Systems said it would buy Ruckus Wireless in a US$1.5 billion (AU$1.98 billion) deal, aiming to tap into the growing demand for wi-fi access over large areas such as offices and stadiums.

Ruckus, which counts the Marriott group and the Angel baseball stadium in Los Angeles among its customers, makes controllers and access points that help businesses offer high-speed internet to their customers.

Based on Friday US time closing prices, the deal values Ruckus at US$14.43 per share, a premium of 44 percent.

Ruckus shares were trading at US$13 in morning trading on Monday, while Brocade dropped 15 percent to US$9.04.

Net of Ruckus' cash on hand, the deal value is about US$1.2 billion, the companies said.

Macquarie Research analyst Rajesh Ghai said the deal made sense as the companies offered complimentary products and would provide Brocade with "some more ammunition" to expand into the services industry.

Ghai added it was unlikely that a second bidder would emerge.

Ruckus stockholders will get US$6.45 in cash and 0.75 share of Brocade common stock for each share held. The cash portion of the deal will be funded with cash on hand and a new loan, the companies said.

"The reaction of Brocade's stock and their decision to offer a high mix of stock in this transaction despite clearly having enough cash for the deal, opens up the door for a competitive bidder," BTIG wrote in a note to clients.

Brocade also raised its share buyback program by US$800 million, taking the total remaining under the existing program to about US$1.7 billion.

The company said it expected the deal to add to its adjusted earnings by its first quarter of fiscal 2017.

Up to close on Friday US time, Brocade shares had fallen 9.5 percent in the past 12 months, while Ruckus shares had dropped about 22 percent.