Budget 2014: the big ticket IT projects 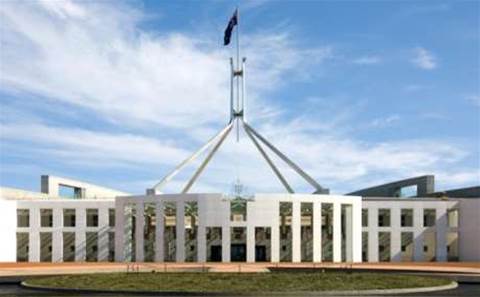 There are plenty of cuts to keep the IT industry on tenterhooks in an austere 2014 Federal Budget, which has no big ticket ICT projects.

iTnews has combed the budget papers find out what Joe Hockey's first budget means for technology:

It has avoided using the term 'shared services' to describe the move, but corporate services make up much of the scope of what is being consolidated.

The whole package, including the dismantling of dozens of other federal entities, is expected to save $500 million over the forward estimates.

The Department of Communications has emerged as the closest thing to a winner in the 2014-15 Budget, with a raft of new responsibilities added to its remit.

The Government will transfer the functions of the Office of Spatial Policy from the Department of Industry into Communications. It maintains that Comms is a better fit for the spatial data management functions, which can now be leveraged alongside its support for the e-Government agenda and the rollout of the National Broadband Network.

The Government will abolish the Telecommunications Universal Service Management Agency and also transfer its functions, which include monitoring telco's obligations to provide services such as public payphones and the National Relay Service for the hearing impaired, into Communications as well.

At the same time it will reduce the industry levy telcos pay per year by $1 million.

More generally an audit of regulation in the Communications portfolio will be completed by the end of the year and with a report to Parliament due in early 2015.

Budget papers anticipate that by 2016-17, the average size of the Australian Public Service will have reduced by 16,500 compared to 2013-14 levels.

The largest reduction will take place within the Australian Taxation Office.

As an indicative figure, end-user infrastructure costs given in the Australian Government's own ICT benchmarking points to a spend of roughly $3500 per public servant, which could mean that staff cuts have the potential to reduce demand on the ICT purse by $60 million a year.

Still thinking about the Commission of Audit

Cormann confirmed that he and the Government have yet to make any decision's on the IT-related recommendation's of the National Commission of Audit, such as the potential outsourcing of Department of Human Serivces payment systems, making myGov online services an opt-out function and a Government-wide cloud-first policy.

It has, however, acted upon a recommendation to merge the IT-hungry Border Protection and Customs functions.