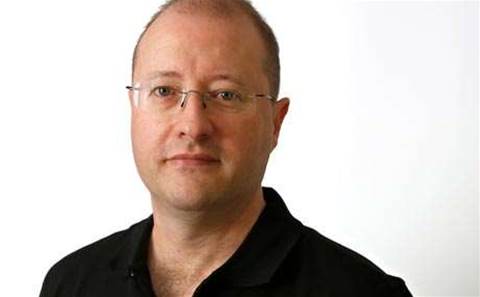 Australian hosting provider Bulletproof has begun trading on the ASX this morning under the new name Bulletproof Group Limited.

"What this means for us is in some sense a start of a new chapter for Bulletproof," he said. "We think we are still at day one with the cloud. This deal really positions us to continue making the investments we need to make. "

This will include further announcements of "significant product initiatives in coming weeks", though Randall wouldn't reveal details.

The re-listing follows a reverse takeover with mining company Spencer Resources Limited which was announced in October last year and followed by a capital raising. Shares in the listed company have been suspended since December while the company recompiles with ASX listing rules.

Financial statements released this week reveal Bulletproof expects a 25 percent increase in revenue to $18.5 million in its first full financial year as a public company – a growth rate of 400% since 2010, when company recorded revenue of $3.6 million.

CEO Anthony Woodward said the re-listing also ensures Bulletproof is well positioned for market consolidation he expects in the future.

"What we're seeing at the moment is the maturity of the market, specifically in cloud services," Woodward said. "Down the road we expect to see a bit of market consolidation. We're not really sure when, but it’s a matter of being well positioned for that sort of situation."

Asked if that would include acquisitions, Woodward said, "our ambition is to continue to be leading player in this field in terms of size and reputation and profitability. So if we were to get involved in any market consolidation it would have to make sense in context of those points."

Since launched its first public managed cloud product in 2006, the company's more significant milestones include becoming one of only 22 Amazon Web Services premier consulting partners in the world. Bulletproof has had several major customer wins in the last six months, including Bauer Media, Tennis Australia, Racing Victoria and Seek.  The company also has service agreements with Movember Group, Pipe Networks and Equinix. Last year the company gained attention with the first pay as you go support service for AWS customers.

After a period of "huge growth" in the number of AWS partners, Randall said the channel is segmenting as Amazon recognises certain partners.

"We're starting to see competencies develop around things like SharePoint or around government," he said.

Grabbing the hybrid cloud opportunity with Lenovo and Azure Services
By William Maher
Jan 23 2014
11:10AM