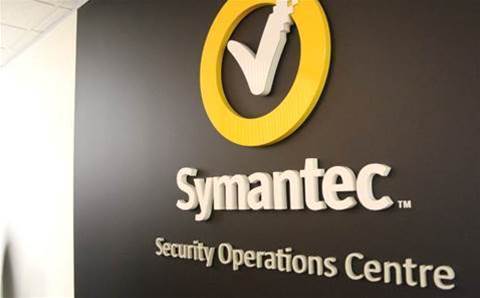 Private equity firms Permira and Advent International are looking to team up and buy Symantec's consumer business for more than US$16 billion, according to a Wall Street Journal report.

The transaction would value Symantec at between US$26 per share and US$27 per share, the Journal reported, and include the company's Norton antivirus and VPN service as well as its LifeLock identity theft protection services. The private equity buy wouldn't affect the previously announced US$10.7 billion sale of Symantec's enterprise security business to semiconductor manufacturer Broadcom.

Symantec's stock is up US$1.16 (4.96 percent) to US$24.63 per share following the publication of the Journal story. Advent declined to comment for this story, while Symantec and Permira didn't immediately respond to requests for comment.

Putting Symantec's consumer business in the hands of private equity could reduce the tax bill for the company's shareholders, people familiar with the matter told the Wall Street Journal. It isn't clear exactly how this deal would work, the report noted, and it's far from guaranteed that it'll happen at all.

Should the transaction happen, the Journal said one possibility would be for Boston-based buyout firm Advent International and London-based Permira Holdings to buy all of Symantec and then proceed with the sale of the enterprise business to Broadcom. Another possibility would be waiting for the Broadcom acquisition to close and then buying Symantec's consumer unit alone, the paper reported.

Buying Symantec's consumer business for between US$26 per share and $27 per share would value the organization at $16.4 billion, well above the $14.5 billion valuation Broadcom gave to the business when the deal was announced last month. But the Broadcom-Symantec enterprise deal is tax inefficient since it's expected to trigger a special dividend of $12 per share after the deal closes, the paper reported.

As a result, the Wall Street Journal said Permira and Advent believe the extra US$1.9 billion premium is justified.

Bloomberg reported in early July that Advent and Permira had teamed up with former Symantec CEO Greg Clark to draw up a competing bid against Broadcom for both Symantec's enterprise and consumer businesses. Bloomberg, though, said its pursuit of Symantec was a long shot since it had thus far been unable to compete on price with Broadcom.

One week later, Broadcom's bid to buy all of Symantec fell through when the two sides couldn't agree on a price. Subsequent talks focused only on the sale of Symantec's struggling enterprise business to Broadcom, eventually culminating in a deal on 8 August.