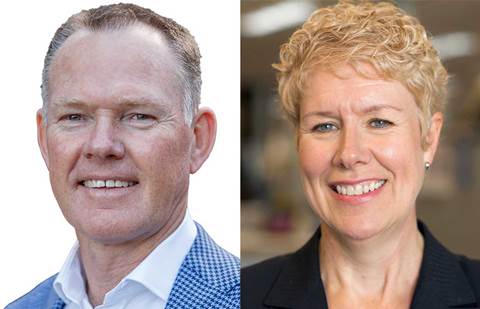 CA Technologies has appointed Nextgen Distribution as its key value-added distribution partner in Australia and New Zealand, as the enterprise software vendor looks to strengthen its local go-to-market through partners.

Nextgen, which specialises in enterprise software distribution and added services, will support CA Technologies' growth drive in the region, helping it work more closely with the vendor's 45-odd partners, including larger organisations DXC and Infosys.

Janice Cox, CA Technologies' country managing director, – who took on the role in October to replace retiring managing director Paul Falkenstein – said Nextgen offered a range of services that suited CA’s size and its strategy to grow in the market.

“After starting in the role, one of the areas I felt we had a lot of potential to grow in was the area of partnerships," Cox said.

“I felt we had lots to offer partners and that we weren’t investing as much time and energy in that space as we might need to grow our business, so I've been working with [CA’s sales, partners and alliance director] John Gamble on our go to market and one of the things we agree we should have is a model for value-added distribution."

Cox said a familiarity with the Nextgen executive team helped guide CA toward their new partnership.

“I know they are a really experienced group of individuals, we met and started to explore a relationship, we already had one in New Zealand and it seemed logical to extend it in Australia,” she said.

“Nextgen are going to be our only regional value-added distributor, we haven't got any plans to add to that, they are going to cover our end-to-end portfolio of products.”

CA Technologies also uses Dicker Data as its traditional distributor, a relationship that Cox said was healthy and would continue.

The real change CA is hoping to get with Nextgen is to extend its relatively small local team’s capabilities across the distie's sales, enablement, marketing and finance skills and facilities, according to Cox.

“CA solutions have been in market for many years but their more recent restructure and rebranding around the 'Modern Software Factory' gives a refreshing flavour to their brand and market position,” Walters said.

“Our partners have been asking for better access and support for CA’s products and solutions, which is where the Nextgen Group can add value and assist.

"CA has committed to a channel preferred model and Nextgen is keen to support channel partners take advantage of their technologies to make enterprise environments more agile and robust through their automation, management and security solutions.”

CA channel chief Gamble was appointed in December last year, following the departure of Kevin Van Gils after seven years with the company to Google.

Eliminating departmental friction within MSPs
By Michael Jenkin
Jun 29 2018
6:46AM