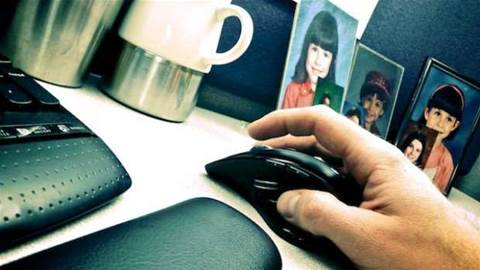 One of the most controversial health claims of modern times is that age ­related diseases can be prevented by regularly using computers. Companies that make 'brain­ training' apps often conduct studies aiming to prove that playing online games helps to keep the brain active as we grow older.

But these are sometimes disputed by medical organisations and advertising authorities. Earlier this year one of the leading 'brain ­training' companies, Lumos Labs, was fined US$2 million for saying that its Lumosity app could alleviate the symptoms of Alzheimer's disease.

However, new research from US scientists suggests that logging on to a computer once a week is enough to fight dementia. In a four­ year study of 2,000 people aged over 70, researchers at the Mayo Clinic, Arizona, found that using a PC helps people retain memory and thinking abilities in old age.

In fact, regular PC users were 42 percent less likely to develop memory problems (“mild cognitive impairment”) that can lead to dementia. Other activities were tested, such as knitting, completing crosswords and attending social events.

They all helped to keep the brain alert, but none was as beneficial as computer use.

Scientists think that people build up a 'cognitive reserve' of new brain cells when they take part in mentally challenging activities, such as computer use. This might be effective enough to offset age ­related deterioration.

But how conclusive are the results? Dr Janina Krell ­Roesch – who led the research – urged caution, saying that the study shows only an “association” between computer use and a better memory in old age, not “cause and effect”. It may be that another aspect of the computer users' lifestyle was helping them to retain their memory.

Charities warned against looking for simple solutions. Dr Clare Walton, research communications manager at the Alzheimer's Society said that dementia “is a complex condition and we do not know what effect these activities have on the risk of developing it”.

She added: “Currently, the best evidence for reducing your risk of dementia is to exercise regularly, avoid smoking, and eating a healthy, balanced diet”.

It's tempting to look for magic bullets in the fight to prevent dementia. As people live longer, cases of the condition are bound to rise, putting a huge strain on the NHS and social services.

But computer use is just one part of staying mentally fit. For every study that promotes computer use, there are others that urge the over ­65s to play musical instruments, attend the theatre and tackle cryptic crosswords. These activities have one thing in common – mental stimulation.

What's needed now are more sophisticated studies to show what kind of stimulation works, and how the brain benefits.

There's still a lot we don't know. Dr Rosa Sancho, head of research at Alzheimer's Research UK, said: “It's important that researchers explore the link between staying mentally active and memory and thinking skills, so we can understand what role these sorts of activities could play in dementia prevention”.

With more and more lives being destroyed by dementia, it's crucial that research continues. Sensationalist claims about miracle cures can be swiftly dismissed, but there is now overwhelming evidence that the more you exercise your brain, the longer you'll stay mentally healthy.