Canalys APAC 'sold out' as Aussie resellers head to Macau 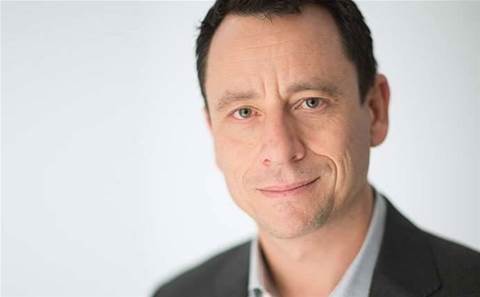 Channel partners, distributors and vendors are this week heading to Macau for the fifth Canalys APAC conference.

The conference, the fifth in this region and part of a global series that also takes in EMEA and Latin America, will bring together delegates from across the region for two days of sessions, celebration and a lot of networking.

"It is full, the sold out signs are up," Canalys chief executive Steve Brazier told CRN on the eve of the conference. He revealed that there were already 845 one-to-one meetings booked through the conference networking system, and he expected that to double by the time doors opened on Wednesday.

There will be 172 delegates from Australia and New Zealand this year, a jump from last year when many travellers (including CRN) struggled to make it to Bali due to the volcanic ash cloud.

"The overall event should have been 900 last year and this year got a bit bigger. The brand awareness has gone up and up," Brazier said.

Global distributors partners such as Avnet, Westcon Comstor and Ingram Micro are this year joined by Dicker Data, which is sponsoring for the first time.

"It is their first year and we are delighted to have them. There are a few distributors around the world doing really well and they are one of them," Brazier said.

Dicker Data chief operating officer Vlad Mitnovetski told CRN that while the conference organisers had courted Dicker Data to sponsor in the past, it was an act of God that brought them together this year.

Mitnovetski was already in Bali in 2015 for the APC by Schneider Electric conference, and his flight was grounded by the volcanic activity. "Steve called and said, 'You are already stuck, why not come as my guests, see how we run it'.

"Of course I went and I was pleasantly surprised. I thought the content was very relevant toward channel, specifically around distribution and partners.

"Steve put a lot of effort into the organisation of the conference. The day went so fast because you had so many meetings."

Brazier's opening presentation is a highlight of the conference, and the Canalys CEO was hesitant to give too much away. However, here is a sneak peek of what delegates can expect from Canalys APAC 2016.

Hyperconvergence is here to stay

"Last year I said it was overhyped," Brazier said. "This year it is taking off. However, all the hyperconvergence is just a substitution product. You sell hyperconverged instead of servers and storages, so it is not as exciting as it made out to be. It is just a different format."

It has been a tough year for the channel

"In most mature countries, whether APAC or Europe, it has been a difficult year for the traditional technology areas: servers, storage, PCs, networking. It has been very hard for companies to find growth," Brazier said.

"The distributors have turned slightly negative; they're slightly declining by 1-2 percent, but they had been growing year after year, except 2009, for 15 years. Overall channel partners are growing but on single digits not double digits that they were over previous years."

"Clearly [M&A activity among distributors] is a consequence of no longer having growth. If the market is not growing, what do you do? You consolidate. Now Tech Data has done this big move and moved into Asia and Australia for the first time. Ingram can't move until its acquisition is closed, which is expected by the end of the year," Brazier said.

"Tech Data and Avnet merging is good for all distributors. It's good for Tech Data but everyone else too – you take one major player out, margins should go up. Even if it is just 0.1 percent, that brings a major return to a distributor. The market for distribution is best when there are three big players in the market."

Public cloud players are getting partner-friendly

"[The stock market wobble in early 2016] was significant enough for many companies, especially the unicorns, to realise they needed to get to profitability faster. They realised direct sales was an expensive way to do that and engaged the channel. [Canalys sponsor] Dropbox is a poster child for that," Brazier said.

"The private company [Dell] with more flexibility and less investor scrutiny has decided to get bigger and used this period of slow or no growth to consolidate, while HP and HPE, with investors breathing down their neck, have decided to be nimbler – and both have been rewarded by the stock market, especially HPE. You will only be able to say who was right in 10 years time and perhaps they were both right," said Brazier.

"Running Dell EMC is becoming an order of magnitude [more complicated] than previously and they face the same channel as the old HP/HPE, mixing commercial and enterprise. Same customers but very different sales motions.

"The two HPs are more focused, especially with HPE doing the spin merger and selling off its managed services assets. I think we will see more changes ahead and HPE have been very open about that.

CRN is a media partner of Canalys APAC.