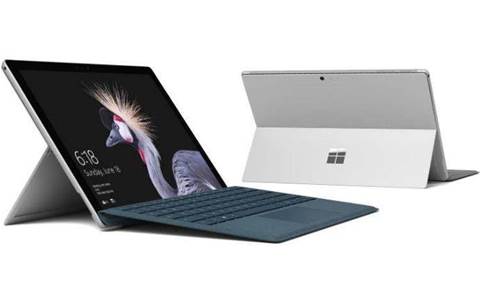 The death knell is tolling for Microsoft's Surface range if predictions from Canalys CEO Steve Brazier are to be believed.

Brazier said Microsoft's CEO Satya Nadella is a “software guy, a cloud guy”, meaning the company's tablet and laptop range is likely to go the same way as its smartphone division.

Nadella's affinity for software isn't the only reason Brazier gave for the coming demise of the Surface, though. Despite being highly rated, Microsoft has struggled to make money on it.

“When the capital expenditure challenge that Satya Nadella has taken Microsoft down becomes visible to Wall Street, everyone will ask him 'Why have you gone to a low margin business?'” Brazier said, according to a report in The Register.

The Surface range, he said, would be “the first target” in an apparently inevitable cost-cutting effort to reverse this low-margin trend.

Brazier's predictions were backed up by Gianfranco Lanci, corporate VP and COO of Lenovo, who joined the Canalys chief on stage.

“Frankly speaking, it is difficult to see why they should keep losing money. For them it is a very difficult exercise to run hardware products business, they need to be careful about every single detail as the margin on this is so thin.”

As for when the Surface line is likely to meet its end, Lanci suggested 2019 at the latest.

Telecommunications Services
By a Staff Writer
Oct 6 2017
6:40AM