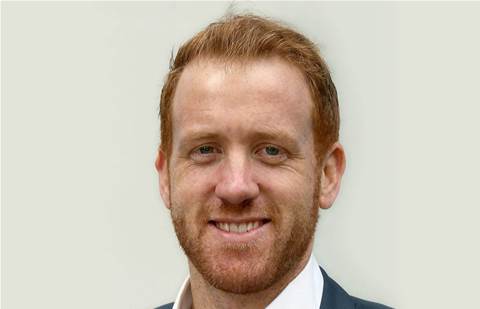 The role will see Kiernan work alongside Canalys’ global team, focused on driving the company’s commercial success in its three global markets: Asia-Pacific; Europe, the Middle East and Asia; and the Americas.

“I moved from Sydney to the UK last year to start a family. I loved working at CRN and was sad to leave, so I am thrilled to continue my channel career at Canalys. I’m also glad to be in a worldwide role that includes Asia-Pacific, which, as an Aussie, remains close to my heart.”

“Canalys is globally recognised for its deep subject matter expertise in the IT channel and is an essential provider of market intelligence and analysis to the vendor community with close ties with distributors and channel partners.”

“We have been meeting Steven at events across the world for many years. His energy and enthusiasm make him stand out from the crowd,” Brazier told CRN.

“His knowledge of the global channel is a huge asset to our company that strives to be the leading global channel experts. We are looking forward to lots of fun and success with Steven.”

Kiernan is no stranger to Canalys and its touring flagship conference, the Canalys Channel Forum, of which CRN is a regular attendee.

“CCF has always been a highlight of my year, and a place to meet up with my colleagues in the Australian and Asia-Pacific IT channel. Many Aussie channel partners, distributors and vendors are regular attendees at CCF APAC, which was held in Hong Kong last year and will be in Taipei in December 2019,” Kiernan said.

Eliminating departmental friction within MSPs
By Michael Jenkin
Feb 13 2019
7:20AM