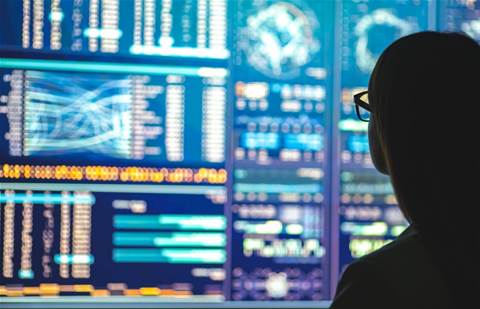 Ronin developed a web application to allow users to launch complex AWS computing resources on-demand within a short time and without the need for technical expertise.

The company’s service was brought in to provide resources for UoA School of Biological Sciences’ bioinformatics and genomics research work, led by researcher Dr Yassine Souilmi.

Ronin chief executive Nathan Albrighton told CRN that the company engaged with the university in its early days, and Souilmi was one of the UoA staff involved.

“Yassine helped [Ronin] by providing feedback, input and usage data to evolve the product in its early stages,” he said.

The type of research being done at UoA requires large storage and hardware requirements, but can also have dynamic requirements where a team would need a supercomputer for one week but wouldn’t need as much power most of the time.

Souilmi’s research specifically explores human evolution, like where and how certain groups would migrate, how they adapt to various environments and develop immunity to certain illnesses. The work requires large amounts of data, like the human genome and the three billion DNA base pairs that comprise it.

“The cost of DNA sequencing, the process of digitising DNA from its molecular biological form to its electronic form, is getting cheaper and cheaper by the day so we generate more and more data each time,” Souilmi told CRN.

“Because of that, our storage and compute needs double or triple every year and it’s hard for local IT teams to provide the resources to keep us going.”

Souilmi added that with an AWS environment provided through Ronin, the research gets access to the best available hardware and service as quickly as possible in a pay-as-you-go model, instead of having to guess the required hardware to meet the computing needs.

“I have access to as many resources I need and turn a two-week long task to a five-hour process, giving more time to interpret the data and turn it around as actual knowledge that can be given to clinicians, which will eventually make its way back to the taxpayers that are funding the research in the first place.”

Albrighton said Ronin’s platform can help a researcher get enough computing data and make sure it was utilised to its absolute maximum capacity so a researcher can see exactly where every cent was going and have control over that.

The platform is also designed to be accessible to those who are not technically savvy, where a researcher can build their own high-performance computing environment, along with a login and the required software within a 30 minute process.

“We hit it off immediately in that we had an ability for him to get as much [computing power] as he needed and as quickly as he needed it,” Albrighton added.

“We want the research to come first and we’ll make the compute fit around it, instead of the other way around. If you’re under-resourced, we don’t want that to affect the actual research when there’s no reason for it to when the scale of AWS is plugged in and waiting.”

Grow your software revenue by selling these 5 affordable, essential tools for the modern workplace
By Nico Arboleda
Oct 30 2020
5:55AM