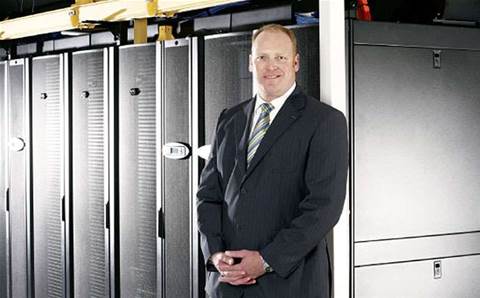 A pair of trans-Tasman companies has teamed up to take a combined 96 percent, $784 million equity stake in data centre provider Canberra Data Centres.

This values the data centre operator at $816 million, after $300 million in acquisition net debt and transaction costs of $23 million are subtracted, Infratil said [pdf]. The transaction is subject to approval from the Foreign Investment Review Board.

Although based in the nation's capital with a largely government customer base, Canberra Data Centres has expanded operations nationwide in the past couple of years in co-operation with Digital Realty.

CDC has been 45 percent owned by Quadrant Private Equity since 2014, when Lowe sold the stake to the firm for $140 million.

Infratil believes there are "compelling industry fundamentals with strong anticipated medium term growth" ahead for CDC, given the Australian outsourced data centre market is expected to grow to $1.7 billion from $830 million two years ago, it said.

Infrantil chief executive Marko Bogoievski said: "The acquisition of CDC provides Infratil with a meaningful exposure to the emerging data and related telecommunications infrastructure sector, which we have been following for some time."

CDC currently has three facilities with a total of 30 Megawatt capacity. It also has a 27MW greenfield development pipeline that includes the Hume 3 9MW facility currently under construction, and which is for completion in the middle of this year.

The operator has also acquired land adjacent to its largest facility, the Fyshwick data centre, for a stage 2 expansion and has started the approvals process for the development.

Infratil owns assets worth NZ$6 billion, including the airport at New Zealand's capital Wellington, and energy operations through TrustPower in Australia and across the Tasman.

Telecommunications Services
By Juha Saarinen
May 20 2016
5:23AM