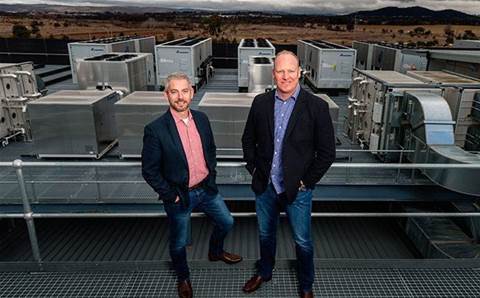 Canberra Data Centres has started construction on a new 20 megawatt $150 million facility to meet incoming demand for Azure services in the ACT.

The new co-location facility, dubbed Fyshwick 2, is CDC's fifth data centre in the territory. Fyshwick 2 will create 100 new jobs and is slated to launch in 2018.

The addition of Fyshwick 2 brings CDC's investment in the ACT to more than $500 million over the past 10 years. The facility will be able to handle "top secret" data classifications and will offer customers access to on-site office space.

Chief executive Greg Boorer said the government estimated its data holdings would be 100 times larger over the next decade.

“The addition of Fyshwick 2 – slated to come on stream in 2018 – will ensure enough capacity for two to three years’ growth in the market we operate in, both meeting the needs of our direct clients, and also those Government agencies and departments that will use Microsoft Azure delivered out of our data centres,” he added.

CDC also has three data centres in Hume, which total 21 MW in capacity, and another Fyshwick facility with 18 MW.

Boorer said that the new data centre would ensure CDC was able to meet the demand anticipated in Canberra for Azure services. Earlier this month, Microsoft revealed it would open two Azure data centres in Canberra to lure more Australian government customers into its cloud. The two new availability zones will go live in CDC's Hume and Fyshwick facilities in 2018.

“Co-locating Microsoft Azure alongside the primary data resources of Australian government is intended to spur the opportunity for government to modernise and augment existing systems," he said.