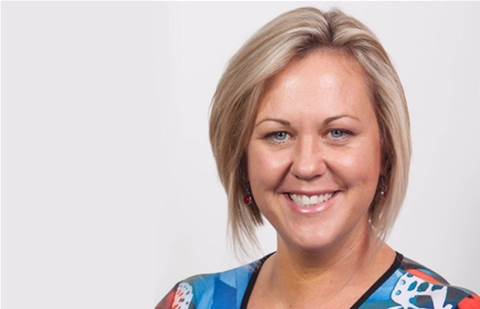 A Canberra-based software vendor has developed and released a new paper-process digitalisation solution that it expects will help many large organisations begin the journey of modernising cumbersome procedures.

Enterprise software provider Intelledox’s Infiniti Accelerate has been designed to help companies and government departments shift manual form completion processes online, without a league of developers having to code new applications and processes for every existing type of form a company might have.

Intelledox’s Infiniti Accelerate achieves this by feeding existing process forms into its AI module, powered by Microsoft Cognitive Services, which analyses form data fields and structure and recreates them in web-optimised formats, according to the company.

“One of the biggest advantages of Infiniti Accelerate is how it uses AI to virtually eliminate manual work in designing digital forms and integrating them into core systems,” Intelledox cofounder Michelle Melbourne told CRN.

“Typically, software engineers have had to write lines and lines of code to migrate digital processes, many software engineering teams can do this, but it is very time consuming which means they spend less time working on the deep benefit of digital transformation

“Our tool enables government agencies, banks, insurance companies and large organisations to effectively launder their legacy PDFs and templates through an intelligent system that recognises and codes all the different fill-in fields automatically.”

Melbourne said that because the core of the module was a learning AI system, the more forms it reinterpreted digitally, the more powerful it would become.

The company, a Microsoft gold partner founded in 1991, said one Australian life insurance firm it was working with was able to reduce its paperwork by 67 percent, having used Intelledox’s platform to process some 15,000 claims to date.

“They can take all their legacy forms and their Word macros and their PDF forms and tun them through this AI engine and pop out the other side with ready-to-go digital experiences," Melbourne said.

Melbourne said the solution was also serving as a core component of the Department of Foreign Affairs and Trade’s revamped passport application processes.

In practical terms, users of the platform login to an online portal, create a new project, upload a PDF form and send it to be analysed, where the AI engine will work to identify each question and corresponding text field in the form, interpret the data types that can be entered and match them with compatible Infiniti data types.

Once the form questions and content is digitally mapped out, fields can be tweaked and edited, integrations with other software can be configured and the final digital web interface can be previewed and exported, where they can be mounted to an environment running the Infiniti instance, which includes a designer to further customise the final online form to suit the customer organisation.

The solution integrates across Microsoft and other software solutions including Microsoft Dynamics 365, Power BI, Docusign and Salesforce.

Intelledox is taking the solution to market through large integrator partners such as KPMG, Accenture, Deloitte and Microsoft partners, as well as through Microsoft’s cloud marketplace.

“We’re a long-time Microsoft partner,” Melbourne said. “We have built all our new IP over the years around Microsoft latest innovations and we’ve used Microsoft’s Cognitive Service Suite since it was released.

“We knew this was a business problem that had to be solved for a global market, so many large organisations are stuck in old legacy processes.”

7 steps to MSP success: from pricing to specialisation
By Michael Jenkin
Oct 19 2018
7:00AM