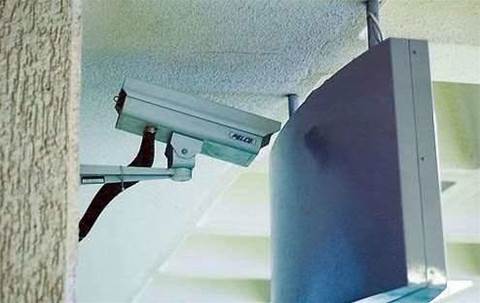 The Department of Parliamentary Services has been forced to patch up its $7 million physical security system to stop high-definition cameras on the network from dropping out.

Parliament is in the final stages of a two-year upgrade project that replaces an analogue Honeywell Maxpro CCTV system with a digital system supplied by BAE Systems.

BAE's contract is worth about $4.5 million.

The department told a Senate Estimates committee today that "a number of issues" with the implementation had been largely resolved.

Assistant secretary of the building services branch Bronwyn Graham said there was a "substantive problem" with new high-definition cameras on the network "dropping out".

Graham said the development of a new user interface and a patch that was rolled out a fortnight ago had solved the issue.

"We've had one dropout since then but it's unrelated to the previous issues i.e. the patch has resolved our concerns," Graham said.

"The system is as stable as we'd expect it to be."

Graham acknowledged that the patching process was not without issue. On 4 October, two of 15 servers failed, leading to a loss of footage, she conceded.

"I was aware we did have issue as part of the patch process where did lose some footage but I can't recall the exact details," she said.

Graham said the department had decided to replace the CCTV systems because "support systems" for Maxpro were inadequate and did not allow footage to be stored longer than 72 hours.

Deputy secretary David Kenny said the department had approached Maxpro to upgrade the storage capacity about six years ago.

He said that Maxpro had quoted indicative pricing "upwards of $10 million" for the upgrade.

The Department instead decided to go to tender. Kenny said Maxpro did not apply for the work.

Graham said that the BAE system can store recordings for between eight and 14 weeks. The extra capacity is important because it covers recording in parliamentary breaks.

While the Maxpro system had run on a logically-separated network, "technical reasons" meant the BAE cameras could not and had instead operated on the parliamentary network, Kenny said.

The BAE network was being upgraded, he said, and that the department intended to shift it to the logically-separated network once the upgrade was complete.

The department attempted to deflect criticism from the Victorian Liberal Senator Michael Ronaldson that the interim connectivity arrangement increased the risk of hacking.

Graham conceded under intense questioning that she was aware that BAE had attributed some failures to "external influences" and that the reference "may be" to hackers.

Senator Ronaldson said the unnamed report had been supplied to him but did not table the source.