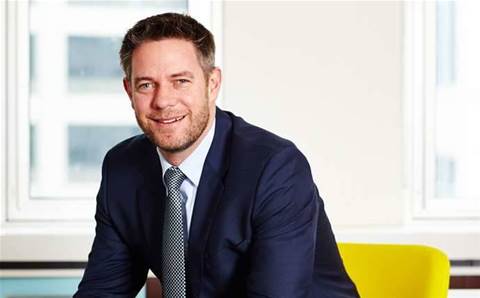 Master Partner is the highest tier of Nutanix partners, determined by having the most closed deals and holding the most certifications. Infront is one of five such partners in Australia, joining stalwarts such as ASI Solutions (via its BEarena acquisition in February 2020), Qirx, Thomas Duryea Logicalis, Ricoh and xAmplify Services.

The MSP was recognised for its work in the government sector, specifically the nationwide effort to move whole organisations to the cloud and more recently, enabling remote working arrangements due to COVID-19 restrictions.

Infront chief executive Allan King told CRN the importance of becoming a master partner is in recognition of the Infront team’s efforts over the years.

“To be able to achieve Master Partner status with similar figures to partners in much larger regions like the US is testament to the success we’ve had with Nutanix over the last three years,” King said.

“I’d like to thank Nutanix for the acknowledgement - it speaks not just to the testament of what we had achieved, but culturally it helps us as a business to step up and shine in what is often a very crowded and competitive landscape.”

King said hyperconverged infrastructure (HCI) had been top of conversation for a lot of its government clients looking to simplify their operational needs. Infront has also had success with Splunk, particularly delivering software and hardware as a turnkey offering.

Nutanix ANZ channel director Andrew Diamond told CRN that achieving Master Partner status is more difficult in Australia since the requirements are the same with those in the United States.

“It’s an investment from partners to achieve this kind of status because it’s really the partners demonstrating they have the same competencies and capabilities as any other master partner worldwide,” he said.

“Infront’s achievement means they can stand shoulder to shoulder with any Nutanix partner worldwide at this stage, which is actually really exciting.”