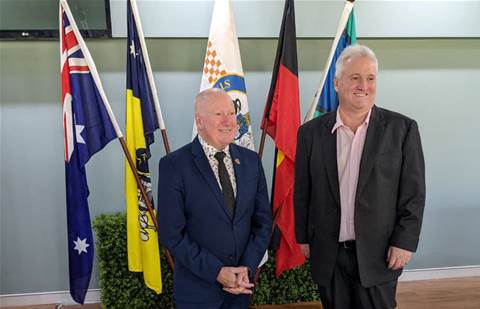 Canberra managed services provider Qirx has been bestowed the 2021 Employer Recognition Award by the ACT State Emergency Services (SES) for their support of the SES volunteers they have on staff.

The company has two employees in leadership positions who are also volunteers – project manager Madelene ‘Maddie’ Gardner holds the rank of commander and ICT general manager Matthew Hadfield is a team leader, both with the Belconnen Unit.

Qirx was nominated by Gardner, who joined the company as its first project manager in July of this year. She nominated the company because it did not require her to take leave for SES operations and because of the team’s support when she or Hadfield were called to duty.

She wrote in her nomination, “Qirx make it possible for volunteers like me to react quickly to an emergency and support the community. A company that gives so generously without asking anything in return deserves to be recognised for their contribution.”

Chief executive Nick Winch accepted the award on behalf of the Qirx team at the SES Honours and Awards ceremony on 18 November 2021, describing the award as an honour.

“This is the least we can do. We’re proud to support the SES and our dedicated team members,” he said.

A statement from the company self-described Qirx as having “progressive policies that support their employees at all careers stages.”

As well as flexibility for these volunteers, it outlined pro-parenting policies including “explicit support for parents dealing with stillborn or infant death”.

Qirx provides professional, managed and cloud services across Canberra, Sydney and southern NSW. It specialises in providing services to the education, government, commercial and not-for-profit sectors.

In June this year, Qirx celebrated 21 years in business by inviting vendor partners and customers to a celebration at the National Museum of Australia.