Canon acquires majority of Harbour IT 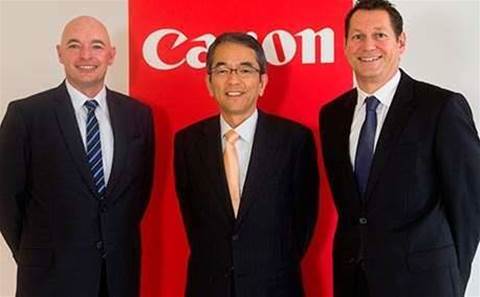 Canon is the latest printing vendor to buy its way into the Australian IT channel, purchasing a majority stake in Australian managed services provider Harbour IT.

The blockbuster deal, which sees Harbour IT become part of Canon on 1 October, will be the biggest by Canon in the Oceania region. The value of the deal was not disclosed.

Harbour IT managing director Craig Bishop wouldn't disclose the size of Canon's majority stake, but implied it was closer to 50 percent than 100 percent.

As the news broke this morning, CRN asked whether Canon intended to ultimately take over the entire business. Bishop said: "That is something we have discussed but in the immediate future we have an incentive to continue to grow the business and we are looking forward to the synergies we can capitalise on with Canon."

Harbour IT is a significant player in the Australian IT space, with four offices in Australia, including its Sydney head office, and an offshore operation in Manilla.

It offers managed print services along with a diverse range of other IT capabilities, from desktops up to infrastructure-as-a-service and managed services.

Both companies will share cloud and managed IT solutions across their customer bases, while Canon states the deal will strengthen its managed services business.

Harbour IT will remain a standalone business and brand, and will retain its management team, according to the announcement. Director of Canon business services Craig Manson will take leadership for the relationship and general manager Josh Watts will manage the day-to-day relationship.

With the buyout, Canon has followed two of its major competitors in the professional printing arena – Ricoh and Lanier – which have both pushed their way into IT through acquisitions. Ricoh acquired IMC Communications in 2012 and Lanier bought Inspire IT in 2013.

While managed IT services is a new offering for Canon, the company already has a managed print services business, similar to its rivals Fuji Xerox and Konica Minolta.

Australian managed print services outfit CSG actually shed its IT services division in 2012, selling off the business unit to NEC for $260 million.