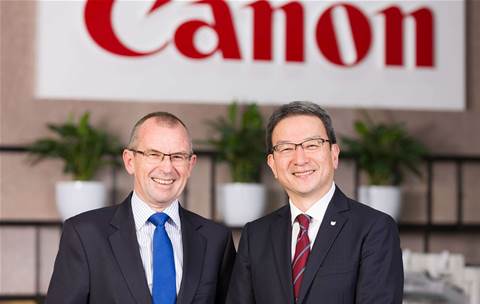 Converga is headquartered in Sydney with its staff scattered across 120 corporate service centres based within client organisations throughout Australia, New Zealand, United States and the Philippines.

The deal, for an undisclosed sum, follows Canon's deal for a majority stake in Australian managed services firm Harbour IT last year.

Converga's heritage in print and mail makes it an obvious fit for printing and imaging giant Canon, which already offers managed print services for clients.

Founded in 1994, Converga has evolved beyond print and mail outsourcing and into IT managed services. It was previously known as Outsource Australia, and was acquired by New Zealand Post around 10 years ago.

New Zealand Post made a $23 million writedown in Converga in its half-year results after losing a major customer. It has been looking to sell the subsidiary since June, wrote the Australian Financial Review. It was New Zealand Post's last Australian business after the sale of Couriers Please in December 2014.

Converga also provides software platform ConvergaConnect, a secure online document distribution solution for invoices, and Procure 2 Pay, a tool for online management of the purchasing process from order to payment.

Canon Oceania managing director Yusuke Mizoguchi said: "The acquisition of Converga enables us to expand our capability in managed service and business process outsourcing, strengthening our offering to customers."