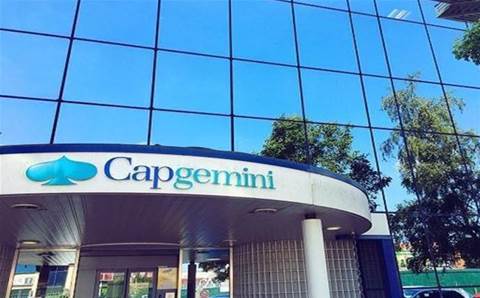 The company said 20-year Capgemini veteran Ezzat, 58, will succeed Hermelin as CEO on 20 May 2020, following the company's General Meeting of Shareholders. Hermelin will relinquish the CEO role after nearly 18 years in the top job but retain his responsibilities as chairman of the board, which he has been since May 2012.

Capgemini did not respond to a request from comment from CRN USA by press time.

Ezzat's most recent stint at Capgemini began in 2004, where he rose up the ranks to become a member of the group executive board and COO in January 2018, where he spearheads go-to-market and client management efforts. Prior to that, he spent more than a half-decade as Capgemini's CFO.

Capgemini's stock remains unchanged at US$118.12 in after-hours trading Monday. The CEO transition was announced after the Euronext Paris securities market closed for the day.

Capgemini praised Ezzat for his deep knowledge of the company's main businesses and work in multiple countries, including the UK and the US. Ezzat lived in the US for more than 15 years, overlapping with much of his first stint at the company in the 1990s, where he served as the global head of the oil, gas and chemicals sector.

Ezzat spent a half-decade away from Capgemini in the early 2000s overseeing Asia and Europe as the managing director of international operations for Genpact Headstrong Capital Markets. He began his career in sales at IBM in the late 1980s before joining Gemini Consulting (the former name of Capgemini's strategic and transformation consulting arm) in October 1991.

Hermelin, meanwhile, joined Capgemini in 1993 following 15 years of work in the French government, and has been with the company ever since. He recommended that, at its next General Meeting of Shareholders, Capgemini adopt a governance structure that splits the chairman and CEO roles apart.

The company employed 216,800 people as of June 30, of which 58 percent were stationed at offshore centers. Total employment at Capgemini is up 5 percent on a year-over-year basis, according to the company.

The CEO change comes less than three months after Capgemini announced plans to purchase engineering and R&D services provider Altran in a massive $4.1 billion deal. The transaction is intended to make Capgemini a leader in providing digital transformation services to customers.

Capgemini disclosed in April that it had also been breached in the intrusion that compromised dozens of Wipro employees. The company said its internal Security Operations Center (SOC) detected suspicious activity on a "very limited number" of laptops and servers between 4 March  and 19 March, with the malicious behaviour showing similar patterns to the attack faced by Wipro at roughly the same time.

Immediate remedial action to the compromise took place, Capgemini told CRN USA at the time, with neither the company nor any of its clients experiencing any impact to date.

Grab the MSP security opportunity
By Michael Novinson
Sep 17 2019
5:51AM