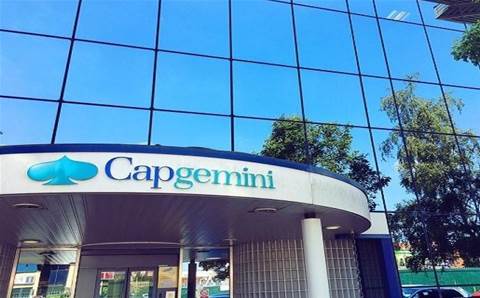 Pietschner said the consultancy’s business is changing rapidly, with more than 45 per cent of its activities now focussed on “digital” work, often involving SAP, Salesforce and Mulesoft. A little over a year ago that figure was 30 per cent.

To further accelerate change Pietschner said the company plans to hire more graduates and “people who don’t wear socks”, his label for marketers, UX designers and others possessed of skills applicable to the digital world. Hiring such people, perhaps by acquiring consultancies where they work, will help the firm to continue a move away from traditional outsourcing and physical infrastructure work into consultancy.

Pietschner said the kind of work Capgemini now pursues already sees it sometimes engage for a single sprint, rather than for longer or deeper engagements. He added that even government clients have been willing to engage in this way, citing work at IP Australia as a success. Like any consultancy, Capgemini needs its people in the field billing rather than waiting around for another gig. Pietschner said the organisation manages that by converting short engagements into longer gigs, while also using offshored workers in India to help with delivery.

The CEO added that integration is the core of many current projects as clients seek to link legacy apps, SaaS, and applications in the cloud. Capgemini is cloud agnostic but  Pietschner said users have picked roles for the big three: AWS thrills startups, big Microsoft users gravitate towards Azure and Google is winning grand among analytics users. SAP and Oracle, however, generate almost zero interest from infrastructure-as-a-service buyers.

Pietschner says the changes at Capgemini should see it jump from around 12th place among Australian technology services firms measured by size to about fifth slot. Some of the growth will come from local arms off global companies who like to work with one partner in many locations. But he also feels that Capgemini can leapfrog rivals thanks to its willingness to change with the times, lack of legacy tie it to old business models and the European heritage that helps it to offer a different culture and experience than US-based consultancy rivals.