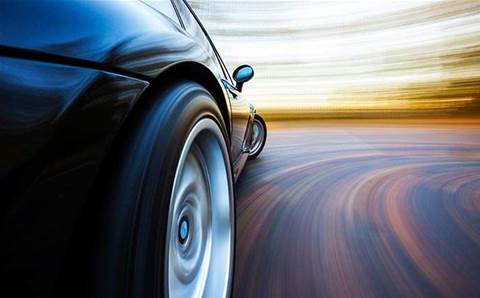 The overhaul was led by CarAdvice chief technology officer Cam Smith, who turned to his previous employer, Melbourne-based DiUS, to support the move.

DiUS helped CarAdvice migrate its monolithic content management system to a new, API-driven architecture, underpinned by AWS Lambda – a service launched 18 months ago that allows users to run code without provisioning or managing servers – as well as Amazon API Gateway.

"Lambda really abstracts the idea of compute time," he said. "We're buying time on a computer, in the same way you or I might buy gas or electricity... We don't think about servers anymore, certainly not physical - and not even virtual servers."

CarAdvice, which bills itself as Australia’s largest independent automotive publisher with 400,000 unique visitors per month, was looking to invest in its next stage of growth.

The web publisher faced a problem – "the close architectural coupling of content authoring to content publishing, and a database model designed to primarily support content authoring and versioning, rather than presentation and discovery", according to a blog post.

With Lambda's complete abstraction of virtual machine infrastructure, DiUS could build application components without having to provision servers or manage scalability and redundancy. It allowed the team at DiUS and CarAdvice to "trigger functions by a set of events, such as a website click or message in a queue all without the hassle of servers or containers".

The use of AWS Lambda allowed the CarAdvice development team to focus on delivering business value rather than managing infrastructure, said Joe Losinno, principal of DiUS.

"In terms of bang for buck, where they really wanted to invest their money was on the areas that delivered business value, versus having to deal with the infrastructure and components. That is where Lambda delivers a lot of benefit for them.

"It is that true DevOps culture, because what you are really saying is, as a development team, the best people to support any application or platform are the people who built it," Losinno added.

DiUS was named consulting partner of the year at last week's AWS Summit in Sydney.

"We're running Lambda out of Tokyo at the moment," he told CRN. "While the cloud is the cloud and we can get around regional issues, it does make things a little bit more complicated. For example, we've had to cache the API stack quite aggressively... Geography always makes a difference."

Speaking to CRN last month to celebrate AWS's 10th birthday, other leading partners ITOC and CloudTrek held up Lambda as the cloud provider's most disruptive breakthrough.

"Serverless architectures are the future and when you consider the implications on the supply chain and the wider IT industry, we've got a revolution not an evolution ahead," said Richard Steven, chief executive of Brisbane-based ITOC.

Grow your software revenue by selling these 5 affordable, essential tools for the modern workplace
By Steven Kiernan
Tony Yoo
May 2 2016
12:30PM