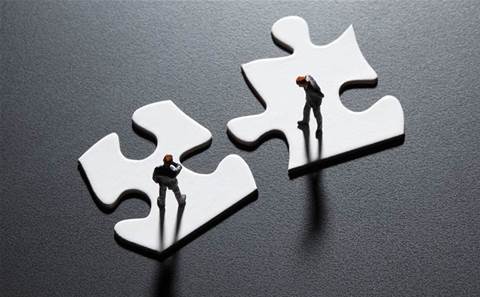 Carbonite will unveil a partner program early next year that has standardised margins across the entire product portfolio and is fully integrated with the Webroot channel team.

The data protection and cybersecurity vendor plans to spend the coming months standardising how it delivers elements like margin and deal registration to channel partners regardless of whether they came from the legacy Carbonite or legacy Webroot side of the business, said Charlie Tomeo, vice president of worldwide channel sales. Carbonite closed its $621.7 million acquisition of Webroot on 26 March.

Carbonite will move away from a stringent program that required certifications across multiple different products to get a healthy margin, Tomeo said, and instead embrace a model where getting certifications provides a margin boost but isn't a barrier to entry. Carbonite's legacy partner program emphasised certifications to the point where partners might have been deterred from working with the company altogether, he said.

"I really take pride in how important the channel is to a vendor's success and also how we can be very important to their success," Tomeo told CRN USA.

Going forward, Carbonite plans to avoid making any changes to the MSP-focused channel team while integrating personnel from the legacy Carbonite and Webroot sides of the business to serve traditional product channels, Tomeo said. The new, unified partner program is expected to be rolled out in the first quarter of 2020, according to Tomeo.

Going forward, Tomeo said the company will require all new channel partners to go through distribution since it's easier to manage but added he doesn't wish to disrupt how legacy Carbonite partners are used to transacting.

Even though Carbonite will have a unified partner program, Tomeo said the company will maintain separate certification requirements, deal registration rules and margin expectations based on go-to-maket motion. Webroot works with roughly 16,000 MSPs, while Carbonite has between 4000 and 5000 more traditional channel partners.

Carbonite didn't acquire Webroot to leave it as a stand-alone operation, Tomeo said, adding the company is looking to enable partners to sell more holistic offerings that incorporate Carbonite's legacy data protection technology as well as Webroot's legacy security technology. The company wants to be a meaningful part of the channel's business for existing and new partners alike, he said.

From a metrics standpoint, Tomeo said the company plans to track everything from the frequency and volume of partner engagement to the level of inbound activity and interaction with the partner portal to the effectiveness of marketing campaigns. Ultimately, though, Tomeo said it comes down how much revenue is being driven through the channel.

Grow your software revenue by selling these 5 affordable, essential tools for the modern workplace
By Michael Novinson
Sep 20 2019
6:04AM