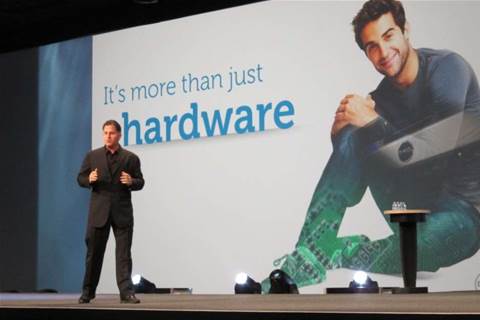 Corporate raider Carl Icahn said Monday he will back down off his crusade to stop Michael Dell's $24.8 billion privatization plan.
In a statement Icahn said "it would be almost impossible to win the battle" he began months ago when he bought nine percent of Dell shares and fought a bitter battle to keep the company public and oust CEO Dell from the company.
With Icahn out of the picture, experts say, it's smooth sailing for Dell's founder and CEO to win shareholder approval to take his company private in a vote scheduled for Sept. 12.
"I realize that some stockholders will be disappointed that we do not fight on. However, over the last decade, mainly through 'activism' we have enhanced stockholder value in many companies by billions of dollars. We did not accomplish this by waging battles that we thought we would lose," Icahn wrote in his statement.
In a 800-word open letter Icahn at times took swipes at Michael Dell calling him a "dictator" and at other times congratulating him on a hard fought battle. "We therefore congratulate Michael Dell and I intend to call him to wish him good luck (he may need it)," wrote Icahn.
Icahn also reiterated his position against Dell in his letter stating "Dell is paying a price approximately 70 percent below its ten-year high of $42.38 and that the deal "freezes stockholders out of any possibility of realising Dell’s great potential."
Voting on Michael Dell and investment firm Silver Lake Partners' proposal to take the company private has been delayed three times. The last shareholder buyout vote was scheduled for 3 August, but the company's board of directors postponed it when Michael Dell proposed raising the purchase price of his go-private bid to US$13.75 per share from $13.65.
Also tacked on to Michael Dell's offer was a special dividend of 13 cents per share by the closing of the deal. The provisions were added in exchange for a change in voting standards for the deal that require approval by the majority of "disinterested" shareholders who have actually cast votes in the matter. Previously, non-votes were counted as votes against the deal.
The Dell board approved Michael Dell's offer, a move that triggered a Twitter tirade by the 77-year-old billionaire investor that included his now infamous tweet: "All would be swell at Dell if Michael and the board bid farewell." Icahn later led a failed legal battle in a Delaware court to stop Dell's decision to accept Michael Dell's new terms.
Icahn cited the court victory as tipping point in Michael Dell's victory.
Despite the fact Icahn threw in his towel, it does not mean Icahn loses, Roger Kay, principal analyst at Endpoint Technologies Associates. "Make no mistake: Carl Icahn is walking away from this deal making a tonne of money," Kay said. "That's what he does." Icahn owns about 9 percent of Dell shares, or 150 million shares, worth $2 billion.
Reuters estimates Icahn will earn $10.7 million next Thursday should Michael Dell's buyout plan succeed.
It was never clear how Icahn and investment partner Southeastern Asset Management wanted implement their plans if they gained control of Dell.
Icahn had stated one of his first orders of business would be to oust Michael Dell from Dell's board and shake things up. Lessons gleaned from past Icahn investments in TWA, Dynegy and Motorola suggest that any Icahn and Southeastern Asset settle on a strategy, it will move quickly and could be far more disruptive to Dell than its founder Michael Dell's plan to reinvent his firm as an end-to-end service provider out of the glare of Wall Street.
This article originally appeared at crn.com
Got a news tip for our journalists? Share it with us anonymously here.