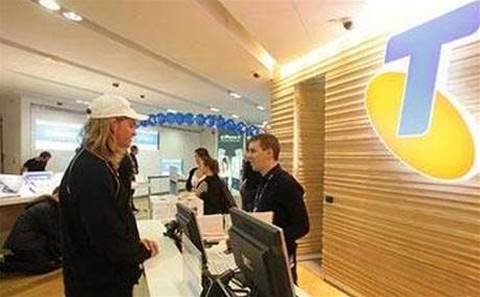 Consumers are choosing more ways of acquiring smartphones than ever before, with fewer choosing to buy their phones on a contract from a major carrier in 2013.

According to new research from Telsyte, fewer than half of all smartphones sold in Australia were bought via contract in 2013.

Outright purchases have been growing on popularity; around 30 percent of people who acquired a smartphone in 2013 bought the phone outright.

While margins are "quite thin", Fadaghi said the trend is creating opportunities for "non-traditional" smartphone resellers, especially with niche smartphone brands.

"A good example might be LG or Lenovo, or some of the other Chinese vendors that aren't strong with the carriers with Australia. They might be able to attack the market through these non-traditional channels," Fadaghi sad.

"You've got to realise carriers have trimmed down their range over the last couple of years, creating limited opportunities for smaller manufacturers in different price categories."

He argued there was a margin upside for small resellers in accessories, such as cases screen covers, headphones and chargers.

Contracts do remain a key part of the sales mix; 43 percent of Australians 16 years and older acquired smartphones on a contract last year, with "free" handsets on contracts that don't require extra monthly payments particularly popular.

Another route is "hand-me down" phones, which increased in 2013, according to Telsyte. The tendency for more phone owners to upgrade their handsets at a faster rate has led to a "glut" of secondhand devices on the market.

"These are the ones benefiting from this shift away from service plans," Fadaghi said.

He said the trend away from buying phone contracts also suits companies like Apple and Samsung, who have a preference to selling direct.