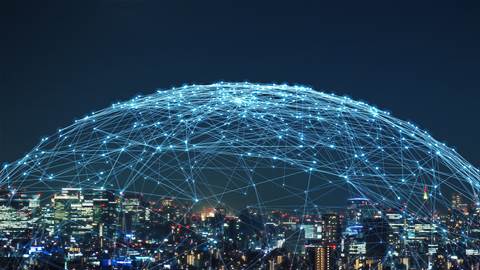 Cloud networking company Cato Networks is growing its global partner program to cater specifically to MSPs and partners that want to expand their own businesses through managed services.

Cato’s MSP program is another tier being added to the partner program that will help meet the channel “where they are,” D’Angelo said. Cato Networks, which does 100 percent of its business through partners, already has a strong segment of agent partners and resellers, he added.

Cato specializes in secure access service edge, or SASE, a cloud-based platform approach to IT that combines SD-WAN capabilities with security that is growing in popularity with both business customers and SD-WAN vendors.

For MSPs, Cato wants to build out APIs that allow MSPs to build Cato’s SASE solution right into their infrastructure. To that end, Cato is offering monthly billing that MSPs can put on their own paper, as well as flexible licensing that will let MSPs roll out SASE to many sites easily. MSPs will also be able to wrap their own services around the Cato platform, D’Angelo said.

“For agents, they’re doing unified communications, plus SD-WAN, plus security. The resellers are able to build in their own integration and really bring a whole project together. The MSP all look a little differently -- some of them will deliver our service as their primary service and some of them will combine the Cato platform with other things. No two MSPs are exactly alike, but we want to make sure that we’ve got something for all of them that excites them and that is profitable,” he said.

The Israel-based company is also rolling out a new margin structure — a feature in which D’Angelo is most excited, he said. The new structure won’t “squeeze” margins for partners for competitive deals.

The Cato Assured Margins Program (AMP) secures profitable margin for partners even on highly competitive deals requiring special pricing, D’Angelo said. “If you bring us a deal and it gets approved and we’re working it together, we’re promising you X amount of margin,” he said. “Really, our goal is to make sure that [MSPs] know that we’re committed to a high-margin transaction. I think that’s incredibly important and it’s certainly unique in the marketplace,” he said.

Cato Networks has “more than tripled” its channel headcount since the company brought on D’Angelo as its first channel chief last July, which includes dedicated channel managers, marketing and solutions engineers, D’Angelo said. “We’re not only bringing a program that aligns to what partners are needing, but we’re bringing the resources to help them to help them really make good use of it,” he said.

The SASE market has been heating up over the last two years and many vendors are using the term SASE liberally, D’Angelo said. Cato’s SASE platform stands out in the crowded market thanks to its converged SD-WAN and security, rather than bringing in separate security and SD-WAN offerings and blending the two together, he said.

“We have a real converged product that, for an MSP, means super low overhead and they don’t have to call five different support sources,” he said. “They can manage it without having to learn five different products.”

Eliminating departmental friction within MSPs
By Gina Narcisi
May 12 2021
3:24PM