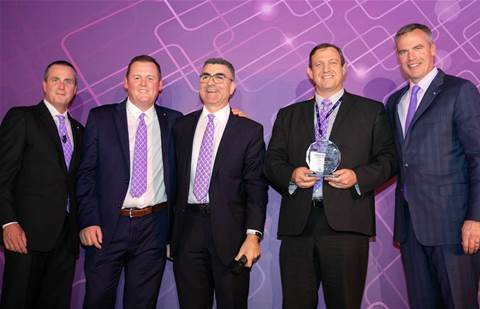 The awards were handed out at Extreme’s Global Partner Summit in Prague, Czech Republic, where the vendor’s new Smart Edge solutions were showcased.

CCNA was given the APJC services partner of the year for its largest multi-year renewal in the region’s history, as well as recognition for year-on-year growth in its services business.

CompNow meanwhile took home the APJC marketing partner of the year award, in recognition of its “rapid” development of pipeline using demand generation and collaboration with the Extreme Australia team.

“I’m so excited and proud to announce that CompNow just took out the Extreme Networks APJC marketing partner of the year,” CompNow national sales manager Andrew Charles said on LinkedIn.

“A huge man hug to our national marketing manager James Edge and his second-in-charge Michelle B. for their tireless efforts and incredible creativity.”

Also in attendance are Extreme’s Australian distributors Hills and Arrow ECS, as well as its other resellers CSA, Intuit Technologies, NetStrategy and AGC.

As part of the summit, Arrow ECS ANZ chief executive Nick Verykios spoke on a panel of international distributors about the market challenges currently faced by resellers and how partners can best leverage their distributors to achieve business outcomes.