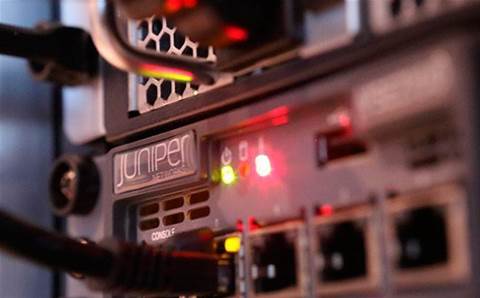 Telstra still picked up Networking and Security Partner of the Year, while four other partners were also rewarded for their efforts.

CDM, which has teams based across Sydney, Melbourne, Brisbane and Canberra, has partnered with Juniper Networks for close to a decade.

“Today’s technology conversations are increasingly being had outside of IT departments and at the boardroom table,” said CDM Queensland general manager Brett Kullman. “As vendors move from technical requirements to business-oriented goals, both government and enterprise customers are now looking for providers that can offer ongoing engagements beyond the procurement process.”

Kullman added that CDM’s partnership with Juniper would enable them to offer clients either staff training or access to a resident Juniper engineer to assist onsite. “This has allowed us to cement CDM’s point of difference and see exceptional business growth year-on-year.”

Juniper’s ANZ area partner director Darrin Iatrou said that the success of the recipients was a testament to their continued dedication in delivering best-in-class innovation and tailored customer engagements.

“The Juniper Partner Awards provide us an opportunity to honour these partners, and we are immensely proud of the calibre of this year’s award recipients who work tirelessly alongside us to challenge the status quo,” he added.