Among growth areas for HPE in its first fiscal quarter ended Jan. 31 were high-performance compute and mission-critical systems, with sales up 6 percent; composable cloud, which was up 25 percent in the channel; and GreenLake pay-per-use services, which were up 48 percent.

“We outperformed every single competitor,” said Neri of the intelligent edge sales charge. “Everyone that was put in front of us we beat them this quarter. Cisco was down. Arista was down. Juniper was down. Ruckus was down. Ubiquiti was down. We were the only one that had a plus in front of it.”

The strong intelligent edge performance comes in the wake of a revamped sales coverage in North America. “I am proud of the team’s hard work and our momentum,” said Neri.

HPE’s Aruba Central platform, meanwhile, was up triple digits year over year with more than 58,000 customers now using the platform.

Among the Aruba wins in the quarter was a Princeton University Office of Information Technology deal with Aruba AOS-CX to seamlessly integrate Princeton’s wired/wireless networks in a “mobile-first” campus of the future solution.

“I am excited about how our market leadership is helping customers redefine experiences at the edge” said Neri. “We will continue to enhance our portfolio with the integration of 5G and mobile edge computing to capitalize on this significant opportunity.” 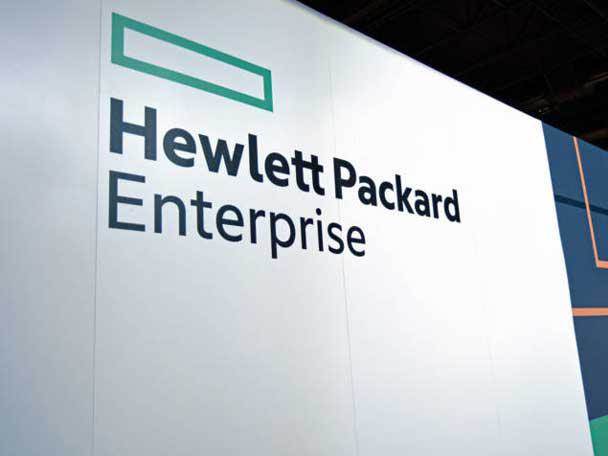 Can you talk about the quarterly results and how the channel performed for HPE?

Let me give you a summary of the quarter, and then I’ll put that in perspective for the channel. Obviously, I was disappointed by the revenue but that was driven mainly by the compute business, which was impacted by three things: One, macro uncertainty; two, the supply constraints that we have had—we had good demand but we couldn’t fulfill it; three, we did a [manufacturing] consolidation [in North America] that took a few weeks longer than we wanted.

To put it in perspective relative to our competitors, even with that we did better than Dell. So Dell [servers and networking] declined 19 percent. Our compute business, which is a combination of compute and HPC [high-performance compute], was probably down 10 percent. You can see we did better than them.

What I am very pleased with is the momentum we continue to gain in key strategic areas. One of those areas is our pivot to as a service. That business continues to do extremely well. GreenLake is up 48 percent year over year, and the channel is a big force in that growth. GreenLake services orders were up 48 percent as a function of the future, but what is hitting the P&L this quarter was up 19 percent. Obviously, that order booked takes time to mature. What we see in our P&L is growth year over year of 19 percent.

The intelligent edge—the next big frontier and opportunity—returned to growth. We outperformed every single competitor. Everyone that was put in front of us we beat them this quarter. Cisco was down. Arista was down. Juniper was down. Ruckus was down. Ubiquiti was down. We were the only one that had a plus in front of it.

All of the high-value categories did very well, whether it was high-performance compute, hyperconverged, composable cloud. To give you some perspective, composable cloud in the channel was up 25 percent year over year. HPE FS [Financial Services] with as-a-consumption-model-driven business—a component of GreenLake—was up 20 percent from the channel. We increased the attach rate by 30 percent on that. GreenLake sales pipeline was up 40 percent quarter over quarter.

If you look at specific products, Nimble was up 16 percent, and GreenLake was up quite significantly—the number of partners activating GreenLake is up almost 100 percent.

We see very strong momentum with the channel as usual. The fact that we have a simple program and enable them to pivot with us and make the right balance of margin while we pivot is the name of the game here.

The negative story was compute and compute for us was the same story as our peers, but we had the demand and we could not ship everything we wanted. What is going on with regard to competing against Dell and the numbers that you are posting with the channel?

I think we have done a lot of work in simplifying the portfolio and enabling the partners with better pricing, better programs. This has been a work in progress for some time. But obviously a component of that compute goes with GreenLake. It is not about selling just transactional business. Partners sell compute as part of our GreenLake offer, which means there is a point of differentiation there.

You know ProLiant, Synergy or SimpliVity are best-in-class products to begin with—the most secure infrastructure on the planet. So we have a very strong value proposition and simplicity at the product level, then we have a multiplier, which is HPE GreenLake. Then we have the best-in-class channel partner program. The combination of these three things together helps us to have momentum against Dell.

For us it’s about continuing to do these things, bring the innovation partners are looking for and then continue to pivot with the partners in these new business models, which are important and critical for us as we go forward. Can you talk about the Aruba rebound and what you are seeing in the market versus Cisco?

The business returned to growth year over year. In that we have momentum in Aruba AOS-CX [operating system]. We introduced that platform later in the year. I gave a couple of examples on the call about customers adopting the Aruba switching portfolio with Aruba AOS CX, whether it is Princeton [University] or [appliance maker] Sub-Zero and many others we couldn’t talk about because they didn’t want to be referenced. Wi-Fi 6 also continued to do well. Wireless LAN was up 13 percent year over year for us compared to our competitors who declined year over year.

Remember, it is not just a product. It is the way we deliver that mobile-first, cloud-first experience in a cloud orientation. This is where HPE Aruba Central, which is the cloud-controlled plane in a subscription-based model, is a big point of differentiation in the marketplace. Can you talk about the Aruba 5G opportunity?

Aruba Central today is able to provision and life-cycle manage with the right security and policy management, wireless WAN and LAN, and we are now integrating 5G and also mobile edge computing. So from the same platform you will be able to deploy the entire infrastructure you need with a cloud experience. Those workloads are where the data is created and where the workloads should be running because of compliance, security, latency, data size. So we feel good about that. I think Aruba Central is a game- changer and obviously scalable to billions of devices and users to trillions of things. So the platform is already capturing the IoT opportunity as we go forward. What were the supply chain constraints in the quarter?

Mostly for us it was the traditional NAND [SSD] and some CPUs. We couldn’t get what we needed despite best efforts on both sides. I have great relationships with each of the suppliers, and I personally engaged with each of them. This is the challenge that this industry sometimes goes through. We are working with them right now to make sure we get what we need. I am cautiously optimistic, but they have to go through their own process.

But it was mostly the usual suspects. To build a server you need a CPU and a bunch of SSDs and we didn’t have enough of those to allow us to meet the demand. That is why we enter Q2 with a higher backlog than we normally would have. How much time are you spending on fixing the supply chain?

Right now I spend time on two vectors—customers and partners as usual and supply is on the other end. That is where I spend the bulk of my time without losing sight of making sure we deliver the right innovation at the right time, which is a component of what I am passionate about.

We have war rooms where our procurement, our planning team, our engineering team—which plays a huge role in qualifying alternatives and making sure we can fulfill demand through different types of usage—so we have as much flexibility as possible. This is a very intense process. It is fundamental blocking and tackling, having daily calls with them [suppliers] and then having military precision.

It is a long supply chain with our suppliers-—the ones that build the motherboard and the mechanicals. To build a server, you need a chassis, you need a motherboard, you need a CPU and a bunch of memory and drives. Then you configure that based on whatever the workload-optimized solution is. The PCBs and the mechanical parts come from China, and our suppliers are reliant on other suppliers to give them components. They are working themselves with tier-two and tier-three suppliers, which in general are not just large companies, but smaller companies too. We are trying to get line of sight all the way through that.

Many of these companies are online, but some have very low output, some are getting stronger and stronger every day.

Don’t forget the logistics side. Because as travel gets impacted there is the capacity to ship products on the commercial airlines in the bellies of the planes.

It is not just a supply chain but a logistics challenge that goes with it. We will get through this. The question is how long is it going to take? How big a deal is the nomination of Charles Noski—a 16-year member of Microsoft’s board of directors—to the HPE board?

I personally became a fan of Chuck as we went through the process. Remember, one of roles for the chairman and nominating committee is to establish the right diverse and experienced board that will help continue to drive the strategy and the transformation.

There was an opportunity here to bring a very seasoned, experienced and transformative leader. Chuck was at Microsoft for 15- plus years. He oversaw the transformation of Microsoft. So he has deep, deep insight on culture and leadership and also business models. He is a very savvy executive who did many transformations himself at AT&T and other companies. I am extremely excited about it.

On the other hand, I am disappointed that one of our board members—Mike Angelakis [chairman and CEO of private investment firm Atairos] is not up for re-election because he had too many commitments and priorities right now. Mike is a friend and is also available for guiding and counseling. But I have to say Chuck is a world-class addition to our board, which is already a very strong board—very diverse, as you know. Almost 50 percent of our board is female—unheard of in Silicon Valley and probably in the industry.

All of our board members are independent. I am the only dependent. Everybody else is independent. I think we have very, very solid governance with incredibly committed people.