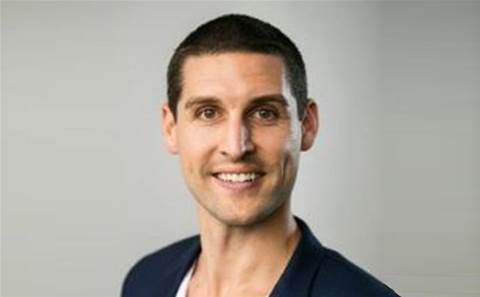 Matt Berriman, the chief executive of Australian startup Unlockd, has revealed his battle his bipolar disorder and decision to step down from his role at the company he co-founded.

In an open letter, Berriman wrote: "Effective immediately I will be stepping aside as CEO of Unlockd to take a role as executive director, focusing on major shareholder relations, overall strategic direction and corporate development.

"This will allow me to continue influencing the growth and future of the business, whilst also giving me the required space to make my health a priority."

Unlockd is a mobile advertising startup that helps brands get better engagement on their apps and content. It sports high-profile content and advertising partners such as Twitter, Yahoo, McDonald's, British Airways, Doritos and Uber.

In May 2017, the adtech firm closed a $US23 million ($30.7 million) fundraising round led by Malaysia-based telecommunications group Axiata to help it expand across Asia.

Over the course of three years, Unlockd has grown into a global company with 55 staff in five countries, high-profile brands and companies and annual recurring revenue run rate of about $20 million, according to Berriman's open latter.

"It has not been an easy journey and as many of my fellow founders can attest to, it’s required me to pour blood, sweat and tears (and all of my money) into the business," he wrote.

"Throughout the journey I began to experience symptoms, which I attributed for far too long to stress, lack of sleep and the start-up roller-coaster. What I did not know at the time was I was fighting a battle with bipolar disorder."

Berriman made the decision to go public as an "important step forward in helping engender greater awareness of mental illness".

"I am sure my news will evoke various reactions, some of which I know will include further discussion and debate about mental health. Mental illness continues to be one of the most misunderstood and hidden epidemics of our generation."