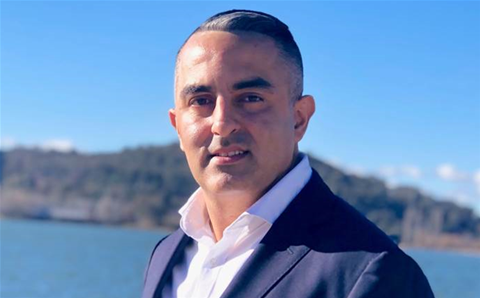 The chief executive of Canberra-based services provider Delv, Masseh Haidary, has left the company after close to three years in the role.

The role will revert back to Delv founder and chairman Sam Smair, who had been CEO of the company from 2000 until Haidary’s appointment in 2019.

Speaking to CRN, Haidary said he was having lots of conversations in the market in relation to his new role, and that all eyes in the market will be on his next assignment to drive significant change in the market.

“After almost three years, [I have left my role as] Delv CEO, handing the company’s reins back to Delv founder, Sam Smair,” Haidary said in a separate statement.

“Delv has seen a significant rise in the market and has positioned itself strongly in the technology industry as a key provider of technology solutions to both enterprise and government.”

Haidary joined Delv in 2019 as chief executive, after working at Optus as its director of ACT and national government strategy from 2016 to 2019.

Prior to Optus, Haidary was head of sales and strategic accounts at multichannel marketing company Salmat from 2014 to 2016, and general manager from 2013 to 2014. He also worked at Hollard Insurance, insurer HCF and Credit Union Australia.

During Haidary’s run as CEO, the company commenced a three-year transformation strategy that posted growth in its first 18 months. Delv also expanded outside Canberra, with offices in Sydney, Melbourne, Brisbane, the USA and the United Arab Emirates.

Haidary oversaw Delv’s signing of a memorandum of understanding with the University of Canberra for a talent program and also helped the company increase its vendor partner footprint, particularly for customers across financial services, aged care and government.

Grow your software revenue by selling these 5 affordable, essential tools for the modern workplace
By Nico Arboleda
Mar 10 2022
12:06PM