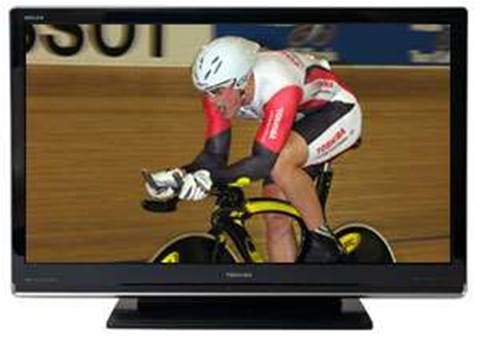 Toshiba made its bid to steal the CES spotlight on Wednesday with the introduction of a new line of television sets.

Dubbed CellTV, the new sets are powered by the Cell Broadband Engine and will aim to merge the features of an HDTV with a media centre system. The company estimated that the addition of Cell would boost the processing power of its set by some 133 times and enable sharper displays and new features.

Among the feature in the new set will be a number of picture quality updates as well as media streaming capabilities and 3D features. The set will be able to not only display 3D images in HD and Blu-ray formats, but also convert 2D images to 3D in real time.

Toshiba was not the only company to roll out a 3D set Wednesday. Earlier in the morning LG unveiled its own 3D set, and other vendors are expected to be announcing similar sets in the course of the show.

The company is, however, attempting to distance itself from the competition with the Cell Broadband Engine. Toshiba TV group marketing vice president Scot Ramirez predicted that the addition of the Cell engine would enable entirely new applications for the company's displays.

"It is not just a television any more," Ramirez declared.

"The possibilities of what we can do with this chip are endless."

Connectivity was also touted as a major selling point for the new sets. The CellTV will be outfitted with a built-in 1TB hard drive and DVD player as well as USB drives and 802.11n networking, features which Toshiba says will allow the device to become a media streaming hub for other sets and devices.

In addition to the 3D and streaming features, the CellTV also promises to deliver a clearer 2D image. Serving up pictures at a 480hz rate, the new sets will have the ability to automatically adjust picture quality both for light levels and room colour temperature. Additionally, the sets will implement the new Kira2 OLED platform which sports a 9 mil:1 contrast ratio.

The use of LED backlit screens in place of the traditional CCFL sets has become a major priority for Toshiba. The company has predicted that by 2012 all of its LCD sets will be illuminated by LED lamps.