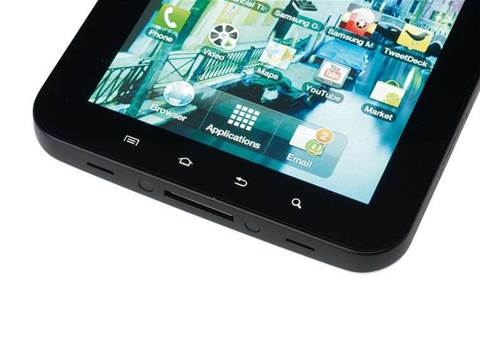 More than a hundred new tablet computers are expected to be launched at this year's Consumer Electronics Show (CES), writes Barry Collins in Las Vegas.

Speaking ahead of the start of this year's show, the Consumer Electronics Association's (CEA) director of research said he expected an avalanche of new tablet devices.

"In October, I said there'd be 80 plus tablets at CES," said Shawn DuBravac. "I now feel that's a conservative estimate. I now expect 100 plus tablets [to launch at the show]."

With so many devices entering the market, DuBravac said manufacturers will be seeking innovative ways to differentiate their products from the competition. Different screen sizes, operating systems and combinations of sensors will be among the methods used, he predicted.

In particular, pressure sensors - which allow devices to detect which floor of a building a user is on - will start appearing in tablets at this year's show.

DuBravac claimed that sales of tablet devices will double in 2011, while eBook readers will also register a more modest growth in sales. However, he warned that with eBook readers increasingly adding new features, it may become increasingly difficult to tell the difference between the two types of device.

"EReaders are adding colour, adding gaming - are these categories [tablets and eReaders] set to collide or are they going to co-exist?" he asked.

Several high-profile tablet announcements are slated for this year's show. Microsoft is on Wednesday expected to announce a tablet-specific version of Windows 8 that will run on ARM-based tablets.

However, we may have to wait a little longer for HP's first webOS tablet, with the company planning a major announcement about the Palm operating system in February.