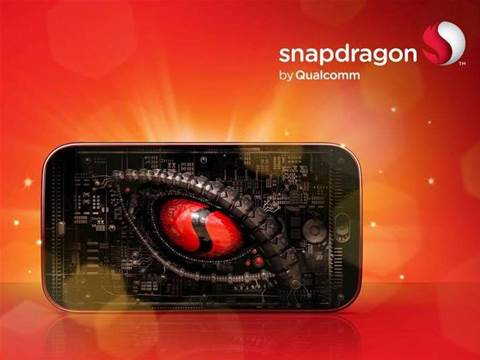 Qualcomm has unveiled its latest processor at CES 2013 - the Snapdragon 800 - hot on the heels of Nvidia's Tegra 4 launch, and its safe to say that it's got a very powerful bite indeed.

The quad-core Snapdragon 800 will be capable of 2.3GHz per core and will serve up to 75 percent more power than the current Snapdragon S4, which is found in high-end devices like the Google Nexus 4 and upcoming Sony Xperia Z.

Qualcomm claims the new chip will support camera phones with up to 55 megapixels, 7.1 audio and 4K video recording and decoding.

The chip also comes with an Adreno 330 graphics processor which is twice as powerful as the one found in the current S4.

Not only is the Snapdragon 800 also more powerful than its predecessor, but its also more efficient and, coupled with its on-board 4G LTE radio (something the Tegra 4 lacks), we should see an improvement in battery life despite all that extra power.

Qualcomm also announced the Snapdragon 600 which although not as powerful as the 800, will still offer better performance than the S4.

Cloud application revenue made easy
By Esat Dedezade
Jan 9 2013
10:14AM