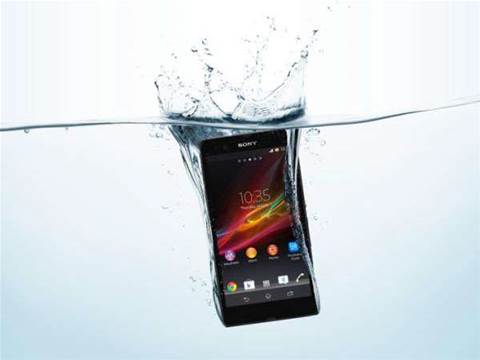 Sony has officially launched its Xperia Z after months of leaks, and its spec sheet reveals some very impressive features.

The Xperia Z boasts a 5in 1080p 'Reality Display' powered by Mobile BRAVIA Engine 2, which smashes though Apple's retina resolution barrier to join the likes of the HTC Droid DNA.

Qualcomm's 1.5GHz Snapdragon S4 processor (also found in the Google Nexus 4) and 2GB of RAM will be powering Android Jelly Bean 4.1, and Sony has promised an upgrade to Android 4.2 shortly after launch.

Photography enthusiasts will be pleased to hear that the Sony Xperia Z will feature an impressive 13MP camera with an Exymos RS sensor – the world's first image sensor to offer 1080p HDR video for smartphones. A 1080p front-facing camera and a host of imaging tricks from object tracking to sweep panorama are also included.

All of that will be packed into a 7.9mm thick tempered glass body with anti-shatter film on the front and back for extra protection. The Xperia Z is also dust and water resistant and can survive in 1m of water for 30 mins.

Throw in NFC, 4G, 16GB memory with expandable microSD slot and a 2330mAH battery with Sony's Battery Stamina mode (which can improve standby time by four hours) and we have ourselves one of the most desirable phones at CES thus far.

There's no news regarding a specific release date or price at the moment but Sony has told us that the Xperia Z will be out in the first quarter of this year, matching up with a previously rumoured March release date.