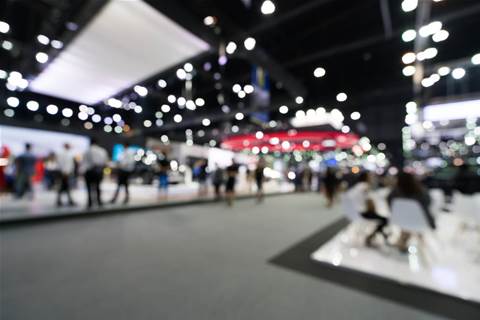 While the digital CES won’t be able to replicate the Las Vegas tech extravaganza of past years, there should still be plenty to watch for at CES 2021 next month. The online-only CES 2021 is scheduled for Jan. 11-14, and a number of trends are sure bets for the show--including a focus on enabling the remote workforce, acceleration of 5G and new coronavirus-era use cases for IoT. Meanwhile, there are also big CES rumours circulating about device makers such as Samsung and Sony, while companies including Intel and AMD are holding major press conferences and likely to reveal new products at CES 2021.

Here are are 10 CES rumours and trends to watch for at the digital CES 2021. 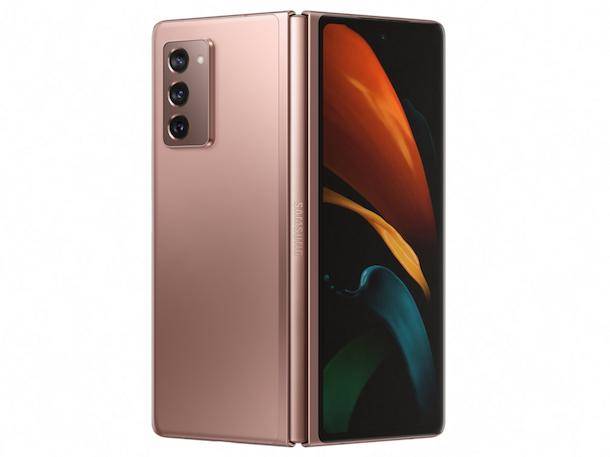 Rumours of a bigger-than-expected Samsung announcement at CES this year have been circulating widely--and if anything, Samsung has only been fanning the flames. Citing a major Samsung store in India, Android Authority recently reported that the next phones in Samsung’s premium Galaxy S series will be unveiled on Jan. 14. That date coincides with the final day of CES, leading to rumours that Samsung may opt to hold its Galaxy S event during CES 2021. That would be instead of the usual late February launch timing for the new Galaxy S phones--coinciding with Mobile World Congress--since MWC has been pushed back to late June this year. The rumoured Samsung event could also potentially include announcements on new Galaxy Z foldable devices. In a blog post Tuesday, TM Roh, president and head of Samsung’s mobile Communications business, mentioned foldables among the areas of focus for Samsung in 2021, and concluded the post by writing, “I look forward to sharing more in January!”

New CPUs from Intel for desktops, commercial laptops — and GPUs?

Intel is set to make multiple presentations between Jan. 11 and 12, two of which will centre around the chipmaker’s Mobileye autonomous vehicle business and one that will focus on the PC market. In the latter, Gregory Bryant, executive vice president and general manager of Intel’s Client Computing Group, will be joined by other executives to discuss “how Intel is executing and driving innovation in process technology, packaging and architecture to deliver that transformative computing experience for consumers and businesses alike.” While Intel has not said what it plans to reveal at the conference, the company has previously said it plans to launch Tiger Lake vPro processors for commercial laptops, Rocket Lake processors for gaming desktops and Ice Lake processors for servers in early 2021. The company could have other surprises in store, as it has previously disclosed other types of products like the Lakefield hybrid processor and the DG1 discrete graphics card, now known as Iris Xe Max. Given that Intel has begun rolling out discrete GPU products with Iris Xe Max for laptops and Intel Server GPU, it wouldn’t be surprising if Intel shed light on new server and desktop GPUs it has previously teased. New CPUs from AMD for laptops, servers — GPUs too?

AMD CEO Lisa Su (pictured) is among the marquee keynote speakers for CES 2021 on Jan. 12, and if we’re to guess what she will announce based on past keynotes, it will likely include new product reveals. In the press release announcing the CES keynote, AMD said Su will present “the AMD vision for the future of research, education, work, entertainment and gaming, including a portfolio of high-performance computing and graphics solutions.” The chipmaker in October unveiled the first processor line using its new Zen 3 architecture, the Ryzen 5000 desktop CPUs, so it’s likely that Su will make new disclosures around additional product lines based on Zen 3. This could include a new line of Ryzen laptop processors and the previously disclosed third-generation EPYC server processors, code-named Milan. We do feel fairly confident about the Ryzen and EPYC news, given that Su told CRN in a recent interview that new Zen 3-based processors are coming for both product lines. AMD began rolling out over the last couple months new Radeon graphics cards based on its new RDNA 2 GPU architecture and new Instinct server GPUs based on the CDNA architecture, so there’s a likelihood that AMD will have news on that front too. Nvidia did not have as big of a presence at CES last year, but that is changing with CES 2021, where the company is planning to broadcast a special event titled “GeForce RTX: Game On” on Jan. 12 with an address by Nvidia’s top GeForce executive, Jeff Fisher. The company’s GeForce RTX 30 series graphics cards have been selling like hot chips since they went on sale in October. The company now has four GeForce RTX 30 cards on sale, through its own reference cards and from add-in-board partners. They are: the GeForce RTX 3090, GeForce RTX 3080, GeForce RTX 3070 and GeForce RTX 3060 Ti. The question is, does the company have even more versions up its sleeve? And will Nvidia will be able to product enough products to meet the unrelenting demand that has continued through the holiday shopping season? Rumours and the company’s launch strategy for its previous GeForce RTX 20 graphics cards suggests that yes, we may see an RTX 3060 and an RTX 3080 Ti.

Each year at CES, many of the largest PC manufacturers debut new hardware (with Apple and Microsoft among the exceptions). And for years, PC makers have been moving toward emphasizing laptops while placing less focus on desktop PCs. At CES 2021, you can expect that trend to only accelerate. The events of 2020 have seen a massive surge in demand for laptops to equip remote workers and students, while demand for desktops has been dropping even faster. One reason: working or learning at home usually involves moving around between rooms during the day--and for that you need a mobile device. Without a doubt, laptops will remain an essential tool for the remote and hybrid workforce going forward. For the laptops likely to launch at CES 2021, you can expect an emphasis on the qualities that remote workers most appreciate--such as a lightweight design and lengthy battery life, along with enhanced webcams, mics and speakers for collaboration. An effective work-from-home setup demands a lot more than just a PC, so you can expect an array of other WFH-oriented hardware to launch at CES 2021. You’re likely to see a larger focus on monitors at this year’s show, as many workers still do want access to a larger display for use with their laptop when needed. Other devices that are likely to take on greater prominence at CES this year could include Wi-Fi routers, docks, accessories, webcams and mics, and even dedicated collaboration devices--intended for workers who’d prefer to run their Zoom/Teams/WebEx meeting on a separate device from their PC. At long last, after years and years of hype, 2020 was supposed to be the year of 5G. And yes, Apple did launch the first 5G-capable iPhones this year, a major step toward bringing the high-speed connectivity into the mainstream. However, with many workers still at home and not out on the road, there hasn’t been too much of a chance to appreciate the benefits of 5G (which, for businesses, include being able to avoid public Wi-Fi). Thus, the real breakout year for 5G could be 2021--and you can expect participating CES 2021 device makers to capitalise. Most new smartphones launched at this point will probably include 5G support, if only to compete with Apple’s iPhone 12 lineup. But you can also expect to see vendors unveiling laptops, tablets and edge computing devices that feature 5G connectivity at the digital show. Verizon CEO likely to reveal expanded 5G coverage, services in the US

Verizon CEO Hans Vestberg is set to take the virtual stage at CES 2021, and we know he will talk about “5G as the framework of the 21st century, the essential tech of the present and accelerated tech of the future to move our global community forward, such as telemedicine, tele-education, and more,” as CES organisers have previously announced. Given that CES is all about making big, new announcements, it wouldn’t be a shock if Vestberg announces expanded coverage for the company’s 5G network and new services around the high-speed cellular technology. While 5G is very much a consumer play like LTE was, the company has previously talked about the major benefits 5G can bring to IoT devices and other non-smartphone use cases, like telemedicine, which is one of the areas Vestberg plans to talk about. Along with new laptops, monitors and 5G devices, the arrival of new virtual reality and augmented reality headsets is one of the surest bets at CES 2021. For one thing, CES always includes numerous showcases and announcements of new VR and AR headsets. But there are also indications that both technologies could be getting closer to the mainstream acceptance that has, for many years, eluded both of them. For VR, the technology has advanced to the point that standalone headsets--which have their own compute power and don’t require wiring to a PC or console--may begin to become the norm. This year’s Oculus Quest 2 is a prominent example, which is also affordably priced (at US$299) compared to many other VR headsets. Meanwhile, AR technology also continues to advance with a particular focus on serving business needs--which now include the need for increased remote collaboration, an ideal use case for AR headsets. IoT for health and safety use cases

When the coronavirus pandemic hit this year, many IoT vendors and solution providers pivoted to provide new services and products meant to reduce the risk of virus spread, whether they were new wearables to enforce social distancing or computer vision software that can detect elevated body temperatures and mask compliance. While vaccines for COVID-19 are starting to be delivered, the pandemic will likely make a long-term impact on the way people view viruses and what kind of measures should be taken to prevent their propagation. That means exhibitors at CES 2021 will likely have plenty of new IoT and wearable solutions on display with this in mind, both for consumers and for commercial entities that want to protect their employees and customers.

Cloud application revenue made easy
By Kyle Alspach
Dec 23 2020
9:57AM