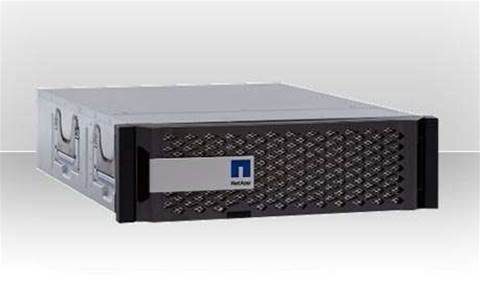 NetApp pulled off a strong first fiscal quarter, with branded revenue and earnings up over last year and above guidelines, and shrugged off a slight fall in overall revenue caused by the continuing - and expected - fall in OEM sales.

A recovery in the enterprise market during the quarter also appears to offer an opportunity for channel partners to continue to grow with NetApp, the company said.

NetApp reported Wednesday that revenue for its first fiscal quarter of 2015, ended 25 July, fell 2 percent from the year-ago period to US$1.49 billion. That decline resulted from a 23 percent drop in OEM revenue which was only partially offset by a 1 percent rise in branded revenue. About 91 percent of total revenue came from branded storage in the quarter.

About 79 percent of revenue during the quarter came from indirect channels, down from 80 percent last year and 83 percent in the fourth fiscal quarter of 2014.

NetApp chairman and CEO Tom Georgens told CRN that the fall in percentage of sales through indirect channels should not be interpreted as a fall in indirect sales.

That percentage drop stems in part from the continuing decline in NetApp's OEM business, which is counted as indirect channel sales by the company, Georgens said. Furthermore, NetApp saw a big return in sales to enterprises during the first quarter, some of which were driven by NetApp's direct sales team.

NetApp could not meet its growth expectations without the channel, Georgens said. "The channel partners who are willing to make the investment in developing the right skill will be more successful with NetApp," he said.

NetApp's 1 percent rise in branded storage is not necessarily a great number unless it is compared to the industry, Georgens said. "It's good compared to the rest of the market," he said. "Not everybody has reported this quarter yet, but storage overall was down in the first calendar quarter. Our branded storage revenue has grown faster than EMC's reported storage revenue in seven of the last eight quarters."

Nick Noviello, NetApp's executive vice president for finance and operations and CFO, said about 22 percent of NetApp revenue comes via Arrow, while 16 percent comes through Avnet.

Georgens, during a call with analysts Wednesday, said shipments during the quarter of FlexPod reference architecture solutions sold in conjunction with its partner Cisco Systems were up about 25 percent over last year, and that total FlexPod sales have reached about US$3 billion since FlexPod was introduced in 2010.

NetApp is also doing well in developing its cloud storage business in conjunction with partners Amazon Web Services and Microsoft Azure, Georgens said in response to an analyst question.

NetApp's private storage strategy includes having customers store their data on NetApp storage in co-location facilities but within customers' networks, Georgens said. That storage is connected to the AWS or Azure clouds via high-speed interconnects, letting customers run applications on elastic cloud infrastructures using their own storage.

The Microsoft Azure relation was unveiled in the first fiscal quarter, giving customers the ability to use either cloud or to fail over from one to the other if needed as part of a multi-cloud strategy, Georgens said.

"You have multiple players, but [customers] still own the storage infrastructure... without being subject to any of the intellectual property or security risks," he said.