Channel development consultancy Channel Dynamics recently threw its fifteenth birthday party in Sydney. CRN convened an all-star panel before the event swung into gear, to look back at what has changed over 15 years and what might come next.

We started by asking how the channel has evolved since 2004, when Channel Dynamics first opened its doors.

Moheb Moses, Channel Dynamics: Across 15 years, the thing that constantly changes is technology. But what has stayed the same is that every time we have a major technology shift, the analysts predict that the channel will become irrelevant and disappear.

But the other thing that changes is the channel itself, because it adapts and continues to survive. When I look at what the channel does today, compared to 15 years ago, it’s completely different.

For 15 years, I’ve also heard people talk about how distribution is going to disappear or die. Personally I don't see it. It will change, but the function of distribution - to aggregate the fulfilment of products or services in a more efficient manner, in order to reduce the burden on the vendors or partners - is still relevant.

Phil Cameron, Westcon Comstor: I know lots of small guys doing Internet of Things distribution. They are going to get bought.

You have to look at the macro in the situation with global growth slowing down. Australian GDP was at 2.8 percent last year, it’s forecast at 1.7 percent this year. These companies have to get growth from somewhere. You've seen it on the vendor side and the distribution side.

Karen Drewitt, The Missing Link: The distributors we have seen that have not been successful came when they were completely focussed on the tech, not about the style of company, the clients, the staff, all the things that are really integral to successful mergers and acquisitions. Cam Wayland, Channel Dynamics: It’s also about defining what value add to that particular audience. If you look at what value add is and go back 15 years what they’re doing has changed considerably. Now it is about aggregating clouds and trying to make sense of all of the software-as-a-service, whereas before it was who is your backend supported by as a distributor, and who did drop ship or did you have it in stock and was credit available. I think that's where the model for value add has changed tremendously.

THE AGE OF OUTCOMES

The conversation considered how partners have moved from selling hardware to addressing business outcomes.

Paul Harapin, Domo: I like the word ‘outcome’ because that is really the difference between my days at VMware to what we are doing now at Domo.

My partners now make money delivering outcomes with our software.

You can transact directly, I don't really care. That's the majority of the conversations that we've had. Using the word outcome is where I see the partners that I'm dealing with materialise.

Karen Drewitt: Even contracts now are quite different than how they used to be. They are outcome-based. They are all around what customers are getting!

Ronnie Altit, Insentra: It has sort of waxed and waned. You had the all-singing, all-dancing integrator who would make all of this complex stuff work for you.

And now we're heading way more towards specialist partners. The tech has now become so much more complex, it is very hard to be deeply capable across all. For us at Insentra it creates a lot of opportunities. By way of example, you get these focussed partners who all they know is, say, Microsoft Dynamics but their customers need Azure or AWS and they have no skills to deliver so they choose to partner – thankfully often with us!!

You’ve still got the big integrators but the new partners are laser-focused. Paul Harapin: It reflects what we are looking for. We did a session a couple of weeks ago and asked my partner team to write a job spec for a partner.

The two things that came out as most important were vertical specialty and solution specialty.

Tasha Soltonovich, Ingram Micro: The cloud resellers that we have say ‘This is the kind of customer we want.’ And if you if you don't fit into that, here, I'll recommend another reseller because they want to specialise.

Steve Martin, NEXTDC: It’s also about the market you are addressing. If you're going after that hundred-seat business, it needs strategic IT advice. A thousand seat business needs specialist advice for different projects.

Cam Wayland: The number one thing that we try and teach partner managers and vendors is ‘What is the customer that the partner is addressing?’ because the partner looks like its customers. There's a big difference addressing an SMB versus an enterprise customer. They have different resources and cost base and everything.

Attendees also considered big industry shifts that have changed the way the channel needs to sell – and who you sell to.

Phil Cameron: I go back a little longer than some of you. I was basically running the PC business for Toshiba and we convinced the market to buy a new notebook because of Y2K. The world was going to blow up!

We filled warehouses with them.

And then the customers felt like they had been suckered. So what we saw was the buying power shifted from the vendor to the partner to the customer.

Leo Lynch, StorageCraft: You know what other company was formed in 2004? Facebook.

And that was the start of users creating more content than corporates and that data then being managed by third parties. By the Googles and Facebooks. 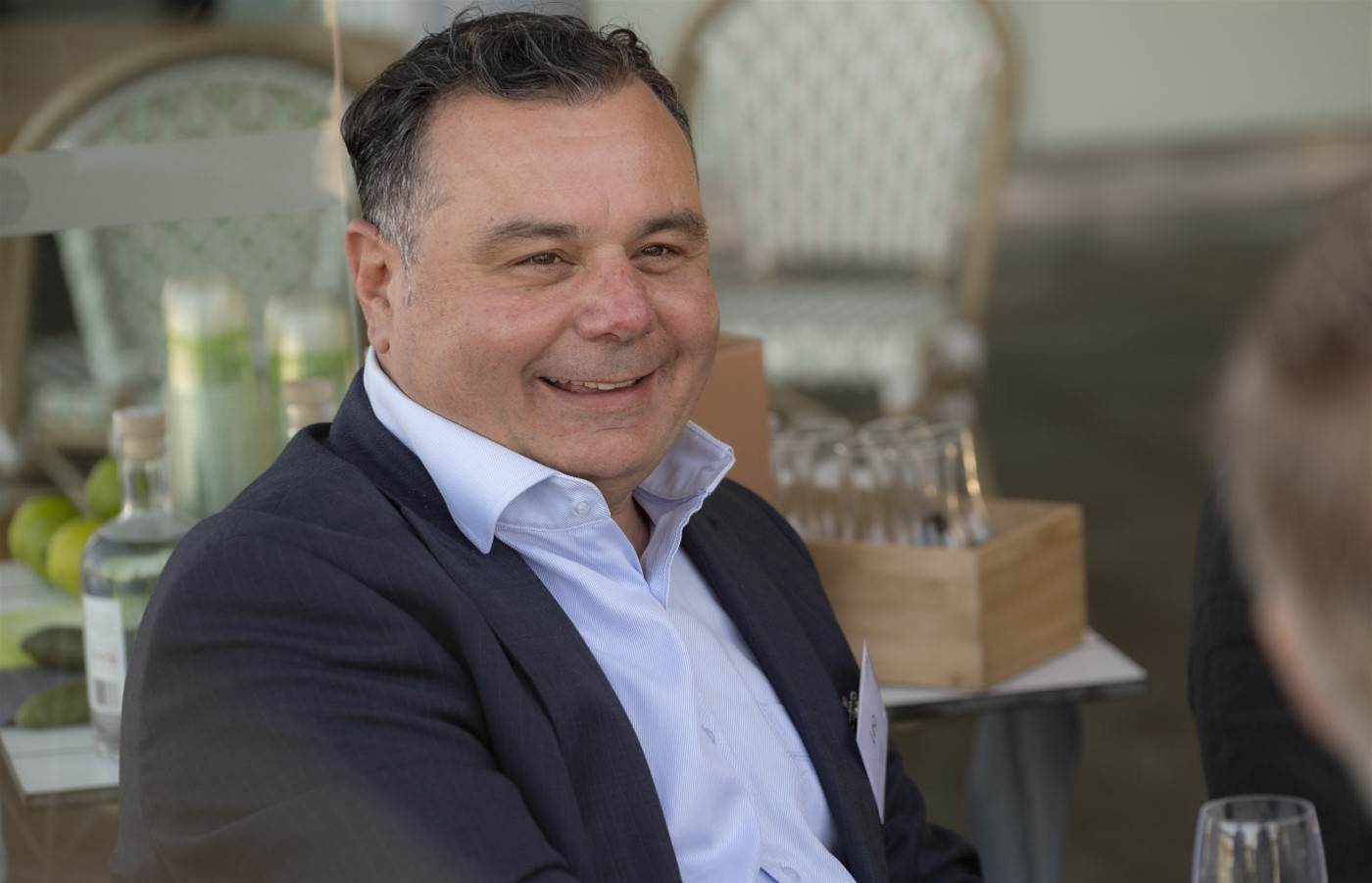 Moheb Moses: One of the biggest changes of the last 15 years is social media. It existed in a very basic form, but no-one really understood the potential of platforms like LinkedIn (or Twitter) and how they would completely change functions like marketing and hiring.

Karen Drewitt: If you think about the different functions in the business, the function that has had the biggest change is marketing.

Ronnie Altit: That transition selling to the CMO hasn’t happened yet. Partners are doing it, but not for general IT. They are typically doing it to sell CRM to the marketing department.

Simon Sharwood, CRN: With my iTnews.com.au hat on, that user wants an outcome, and they can’t wait for IT to deliver it. And when that user buys, it’s all software-as-a-service.

Paul Harapin: We are all trying to do that but it is a really difficult balance, to get the right team. You need someone to have a conversation with a CEO, a CMO and a CIO. And when you're talking SaaS and a fair bit of transformation, many of the CIOs are still resistant to change.

It can be the same conversation we had 15 years ago with VMware when someone managing 1,000 servers that had 50 people and was an important person.

Once you virtualise down to two servers, you're not so important. 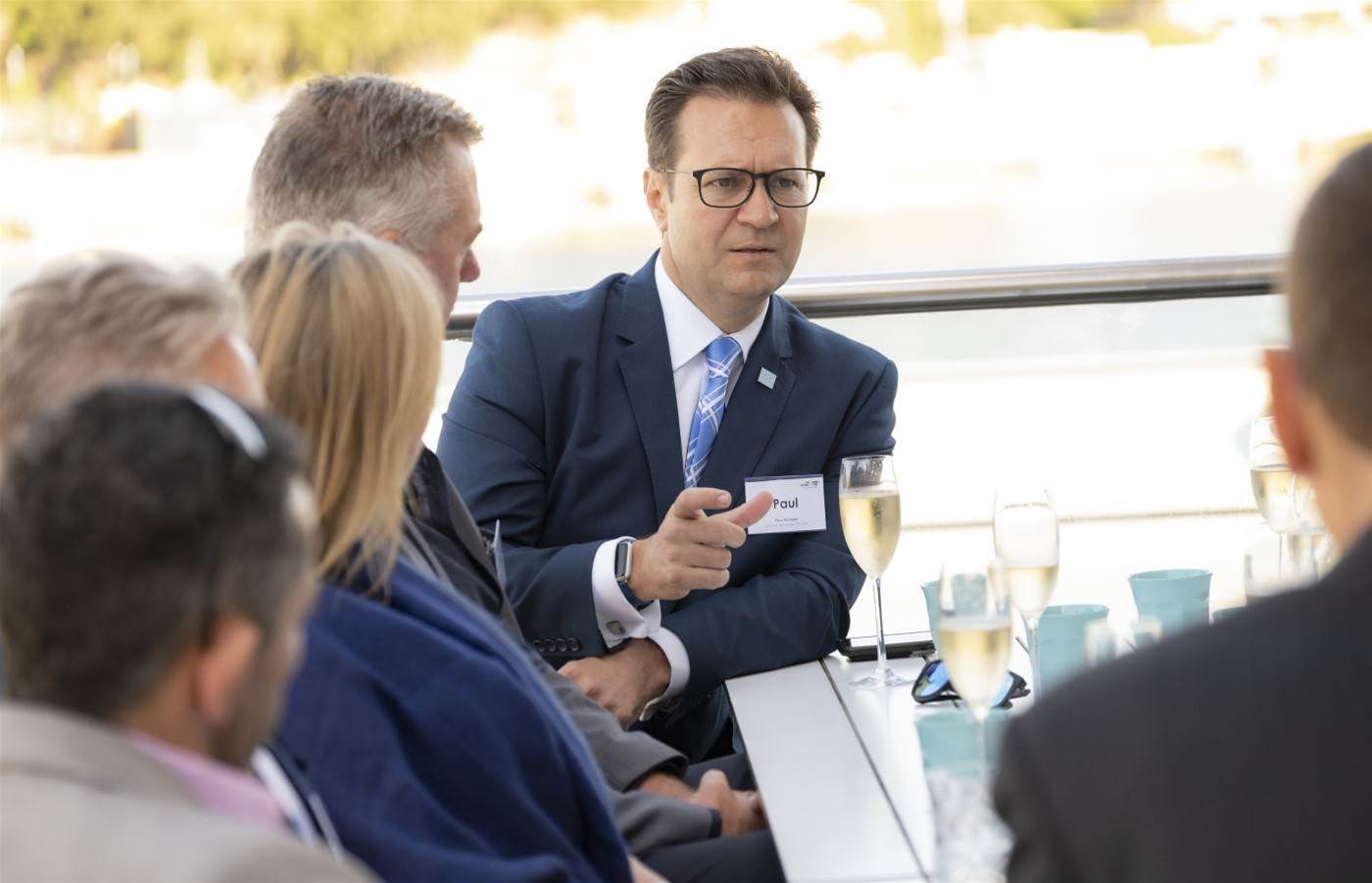 It took a while to get through that cycle and then everything readjusts and you don’t have that role of server manager.

Not everyone can get people who have great conversations with the marketing department and in front of an enterprise CIO.

Cam Wayland: If you look at the skills of a really good salesperson in the IT industry today, they’ve got good business skills, good communication skills, good presentation skills, and they can talk about outcomes and solutions.

If you go back, they were talking about the product? You need some more of this, sign here, buy a car, come back in three years.

The old school guys that were the box movers or whatever, were very target focused and just haven't made it through to continuous selling and the business outcome. Phil Cameron: The penny dropped for some infrastructure partners who saw their margins declining and started to sell services. And they built partnership ecosystems because they matured and realised they could not do everything.

Ronnie Altit: Partners still struggle to trust other partners. The stories we hear are ‘You said that to him? Only we should talk to them about that.’

There is always going to be conflict between partners.

Steve Martin: One of the interesting things in terms of alliances is what Telstra has done. They flipped so their salespeople get paid on everything that their partners sell. And so now there are some others that are following that model.

Now, as a Telstra partner,  you get to leverage their sales team and customer relationships to drive your business growth and the customer gets all the services they need on the one bill. I’ve spoken to some Telstra partners they don’t have a finance department, they just get a check every month.

But there is always risk in generating the majority of your revenue from one source, and so a healthy business should always have diversity in their revenue sources.

The conversation moved on to consider how partners staff their practices, after Ronnie Altit suggested that salaries for highly-skilled staff are unsustainable.

Karen Drewitt: Karen Drewitt: For very specialist roles, we often bring people in for specific projects. That’s enabled by generational changes in work patterns. Stability or one job is less of an issue and they want their own business. Often they are former employees, we had a great relationship so we hire quite a few of our former employees that way.

That’s enabled by generational changes in work patterns. They don’t need stability. They want their own business. They are former employees, we had a relationship and it ended well. We hire quite a few of our former employees that way.

Phil Cameron: I think that is how a lot of smaller MSPs get started.

Leo Lynch:   I know companies servicing SMBs, making big margins. And they do everything for an SMB.  The customer doesn't want to know that technology is, they want the outcome.

Steve Martin: Last week I met someone that I was selling to 25 years ago and he’s still doing largely the same thing, delivering IT services to his loyal base of SMB customers. All the tech has changed, but he’s got a group of 50 or 100 customers that he's servicing year on year with very little churn in that small business space that needs someone to trust, someone with IT expertise.

WHERE WILL THE CHANNEL BE IN FIVE YEARS?

Delegates wrapped things up by considering what the channel will look like in five years.

Tasha Soltonovich: At Ingram we have huge focus on on-boarding independent software vendors to our cloud platform.

If we have 200 vendors, how do we communicate what they do to our Partners? What problem does it solve, and how much recurring revenue does it bring in?

How do we effectively market and sell that? Simon Sharwood: I know of a SaaS vendor that just does very specific software for insurance companies. Saas makes them global. Local partners mean they can comply with Australian regulations – all that paperwork APRA requires.

I think that’s what we can communicate – that the cloud lets them put their expertise to work.

Cloud application revenue made easy
By Simon Sharwood
Nov 11 2019
6:38AM