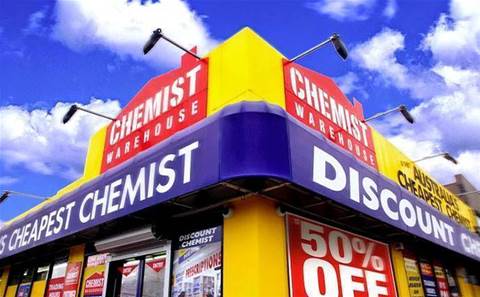 The pharmacy group, which has more than 14,000 employees across 400 retail outlets in Australia, hopes voice can replace traditional scanning when unpacking boxes.

"There is a lot of the technology to put stock into boxes but not a lot of technology to take stock out of boxes and reconcile stock," said Mark Finocchiaro, managing partner and director of Chemist Warehouse Group, in an interview.

Traditionally, a staff member would open a carton and reconcile the contents either using a handheld scanner or by cross-checking against the invoice using pen and paper. If the store was busy, this might not get entered into a computer until hours or days later.

Under the new system, the operator opens the box and issues voice commands into an Android device. This is reconciled against order information held in My Chemist's point-of-sale system, creating a digital trail where any anomalies are automatically flagged.

A pilot of this voice-powered system has already proved 30 percent more efficient than the manual process.

However, Chemist Warehouse wants to reach a 50 percent efficiency improvement before rolling out the system across the network.

"My analogy is Siri for business," Finocchiaro said. "[With] Siri or Cortana – the experience is a little bit of a novelty. In the world of industry, voice is pretty mature but very plain. It does not have personality but a purpose."

The group is working with Voice ID and vendor Zebra on the project, and has deployed 1600 Android-based point-of-sale Zebra TC70 handsets as part of the pharmacy chain's MyPal system.

"The Android OS is a lot more flexible than iOS. Windows is a bit clunky," Finocchiaro said.

"We were impressed by [Zebra's] smartphone-style functionality and liked the idea of using an Android-based program to power them, which we felt would provide better future-proofing and minimise future outlay."

Tom Christodoulou, Zebra's ANZ regional director, said: "The choice of Android devices also means that My Chemist/Chemist Warehouse group can reap the benefits of Zebra’s Mobility DNA suite, and futureproof its fleet of devices to lower its total cost of ownership.”

Ignito is a Java-based software platform developed in Australia by Voice ID, hosted on AWS and sold on a subcription model.

Voice ID works with many of Australia's biggest retail brands, including Kmart, Cotton On and the Reject Shop.

Wijemanne set up the company, which now has 28 staff, four years ago after leaving his role as group sales manager of logistics and supply chain technology vendor Dematic ANZ.

The company has since spun out Ignito as its own entity. "We have a lot of vendors approaching us to see if they can resell our software because they see the value," Wijemanne said.

Chemist Warehouse decided to build its own voice software solution after failing to find anything on the market that suited its needs.

"I have not seen this in retail. In the distribution centre world, in warehousing, voice technology is everywhere," Finocchiaro said.

"I went through all the vendors [at this year's NRF retail conference in New York] and ignorantly asked, 'There is a lot of technology to put stuff into boxes but what do you have to take it out?' That is where we started the journey."

Building its own intellectual property is nothing new to the pharmacy group, which has 80 IT staff. It employs 10 local developers and 10 offshore – a number that is "growing rapidly", Finocchiaro said.

"Our appetite for innovation is such that if we don't do it ourselves, we are forever waiting for others to do it. There is an overhead in doing it yourself but you can do it your way rather than working with a vendor that need to accommodate all of their customers."

The voice technology could also be used to improve the in-store experience for shoppers.

"It is the opposite of a warehouse, where you have a lot of stock and you have a 'pick path'," Finocchiaro said.

"It's the opposite of Amazon. They have a really strong system to put stuff into boxes and we are trying to reverse engineer that and get stuff out of boxes and put it onto shelves."

Data from the MyPal system will be able to power future omnichannel services, he said.

"We have mapped all our stores and the paths in our stores. If a customer comes into our store they can be overwhelmed. All they want is to buy some Panadol but they don't necessarily know where it is."

In the future customers will be able to "download the app, type in 'Panadol' and it tells them exactly where it is in the store".

"They can create a shopping list at home – toothpaste, medicines – they can add that to their shopping list, come into the store, push a button, and it says 'pick paths for your shopping list' so they be very efficient," Finocchiaro said.

"If we can make the transaction as frictionless as possible, customers really value that highly."