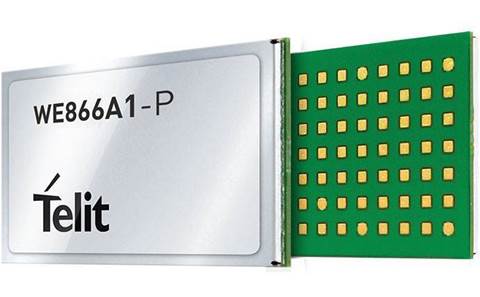 The chief executive and founder of Telit has resigned after the London-listed technology company confirmed on Monday he had been indicted for an alleged mortgage fraud in the United States more than 25 years ago.

Telit, whose products and services connect devices to apps and enterprise systems, said in a statement that Oozi Cats's involvement in an alleged "land flip" scheme that bought and sold properties at inflated prices had been "knowingly withheld" from the board.

An arrest warrant for Cats was issued under an alternative spelling of his name, Uzi Katz, but he was never detained, according to Boston federal court documents seen by Reuters.

"It is a source of considerable anger to the board that the historical indictment against Oozi Cats was never disclosed to them or previous members of the board and that they have only been made aware of its existence through third parties," Telit said.

Shares in the firm were up 17 percent following the announcement, but are still down 45 percent in the last week.

Financial director Yosi Fait will continue as interim chief executive until a replacement for Cats is found.

Telit also said it plans to appoint three new board members who will be based in Britain. It will also replace chairman Enrico Testa, an Italian businessman and former politician who has held the position since 2007.

Telit listed in London in 2005 after a company called Dai Israel bought the assets of an Italian business in 2002. Its board, including venture capitalist Davidi Gilo and former Caribbean Petroleum Corporation managing director Gad Zeevi, is predominantly Israeli.

Fait will conduct a preliminary review of Telit's activities, but a source close to the company said it would not include a review of its subsidiary accounts audited by Ernst & Young, or its a network of more than seventy third-party distributors it uses to resell its products.

Shares in the company fell by a third on 7 August after it reported a shock loss and a sharp reversal in its cashflow.

It breached a debt covenant set by one of its banks just eight weeks after raising £39 million pounds (A$64 million) from investors.

In its statement on Monday Telit said there was "no substance" to speculation over the company's financial health.

Telit also responded to "speculation" over its involvement in a bankruptcy being investigated by Italian authorities, adding any action against the company would be "without merit".

Reuters reported in March that 13 people, including Cats, are under investigation for a complex series of transactions before the failure of an Italian electronics manufacturer called BAMES.

Cats told Reuters at the time that Telit had won all twelve court cases previously brought against it in Italy.