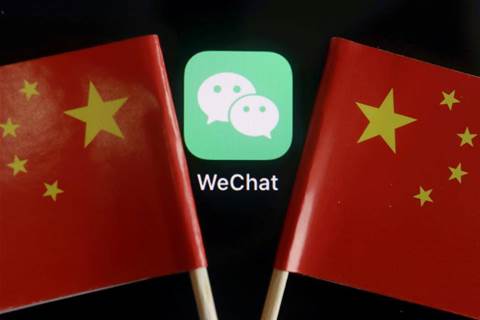 A Chinese official's tweet of an image of an Australian soldier that sparked a furious reaction from Canberra was amplified across social media by unusual accounts, of which half were likely fake, an Israeli cybersecurity firm and Australian experts said.

The digitally altered image of an Australian soldier holding a bloodied knife to the throat of an Afghan child was tweeted by China's foreign ministry spokesman Zhao Lijian on Monday.

The Chinese embassy in Canberra told ABC television on Friday that Prime Minister Scott Morrison's demand for an apology drew more attention to an investigation into war crimes by Australian soldiers in Afghanistan.

Cyabra, an Israeli cybersecurity firm, said it was highly probable that an orchestrated campaign had promoted Zhao's tweet.

Cyabra said it had found 57.5% of accounts that engaged with Zhao's tweet were fake, and "evidence of a largely orchestrated disinformation campaign" to amplify its message.

The firm did not give any details about who was behind the campaign.

Cyabra said it analysed 1,344 profiles and found a large number were created in November and used once, to retweet Zhao's tweet.

"This is a classic example of spreading false information. Twitter has its own rules managing tweets," the Foreign Ministry said late on Friday in response to Reuters questions.

Accounts originating in China were the most active, he said, and 8% of replies were from accounts created on the day, or in the 24 hours prior. Many contained duplicated text.

"If there's enough of them, those irregularities suggest they were set up for a particular campaign."

Some of the accounts had already been identified by Graham in a data-set of 37,000 Chinese accounts targeting Australia since June, he said.

"There was a spike in accounts created on November 30 and December 1," she told Reuters, adding it was too early to determine if it was coordinated inauthentic behaviour or patriotic individuals.

Many of the new accounts only followed Zhao, plus one or two other accounts, she said. A third of accounts liking Zhao's tweet had zero followers, ASPI noted.

Earlier this year, Twitter said it had removed 23,750 accounts spreading geopolitical narratives favourable to the Chinese Communist Party, and another 150,000 accounts designed to amplify these messages.

A Twitter spokeswoman said the company remains vigilant, but the Cyabra findings "don't hold up to scrutiny" because it relied only on publicly available data.

A Cyabra spokeswoman said its founders are information warfare experts with Israeli military backgrounds, and the U.S. State Department was among its clients.