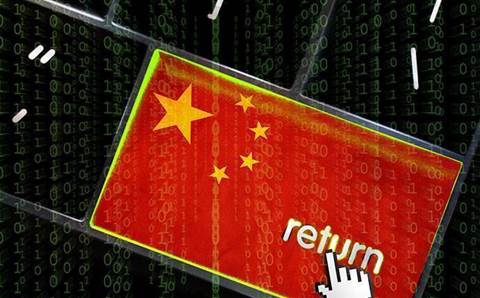 The indictment, filed on 27 September and unsealed this week, alleges that Stephen Chen, a former executive at a Micron subsidiary in Taiwan, orchestrated the theft of trade secrets from Micron after he left the memory vendor and immediately joined United Microelectronics Corp., a Taiwanese semiconductor foundry.

While at UMC, Chen arranged a cooperation agreement with Fujian Jinhua Integrated Circuit, a company owned by the People's Republic of China, to transfer stolen DRAM technology for mass production before Chen left the company to become president of Jinhua, according to the indictment.

During Chen's time at UMC, he recruited J.T. Ho and Kenny Wang, who were employees at the Micron Taiwan subsidiary and stole hundreds of Micron trade secrets related to DRAM technology before leaving to become employees at UMC, the indictment said.

The Micron trade secrets are worth nearly US$9 billion, NBC News reported.

The two companies and three Taiwanese nationals are charged with crimes related to a conspiracy to steal, convey and possess stolen trade secrets from an American company for the benefit of the Chinese government, the DOJ said. They are also charged with a conspiracy to commit economic espionage. If the individuals are convicted, they could face a sentence of up to 15 years and a US$5 million fine.

The US also filed a civil lawsuit Thursday against the companies and individuals to stop any further transfer of trade secrets and to halt exports to the US of any products that used Micron's trade secrets.

"As this and other recent cases have shown, Chinese economic espionage against the United States has been increasing—and it has been increasing rapidly," US Attorney General Jeff Sessions said in a statement. "I am here to say that enough is enough. With integrity and professionalism, the Department of Justice will aggressively prosecute such illegal activity."

In conjunction with the DOJ's announcement, Sessions announced the creation of what he called the "China Initiative" that will focus on prosecuting Chinese trade theft cases.

The new charges come two days after the U.S. Department of Commerce implemented an export ban on Jinhua for national security reasons. The ban was related to company’s near completion of a substantial production of DRAM products with technology that likely originated in the U.S. the Commerce Department said.